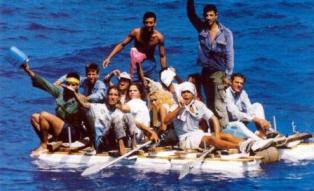 The 1962 Cuban Adjustment Act describes the immigration policy of the United States towards Cubans who illegally tried to enter the United States fleeing suppression and persecution in their homeland. Most of the Cuban refugees and asylum-seekers arrive in the United States on boats and ask for pardon by the parole authority which is established under the Atty. Gen. of United States. It is surprising to note that in the year 1980 about 125,000 Cubans along with their families had arrived in southern Florida during the past six months of that year and this entire transfer was titled as the Mariel boat lift.

These Cuban asylum seekers were known as the boat people and their numbers continued to rise from a few hundred in the 1980s to thousands in the 1990s. After Fidel Castro’s threatening political speeches in the year of 1994 there was mass rioting in the city of Havana and this led to migration and exit of Cuban nationals by the boat route towards the US. Once the US Coast Guard was alerted the border patrol and the Coast Guard would intercept many of boats carrying the Cuban asylum seekers towards American land.

The US attorney general has stated in the Cuban adjustment act that any Cuban who managed to enter the United States would be able to process residency papers and claim to nationality one year after entry. However, the Clinton Administration signed an agreement with the Cuban government officials that it would not allow people who were intercepted in boats and the sea to enter the United States and take up immigration. These were essentially people who were considered trapped in the waters of two countries and consequently had wet feet. They were either repatriated to Cuba or forwarded as asylum seekers to a third country. The ones who landed on American shores would actually be able to claim legal status as a permanent American resident after one year and acquire US citizenship.

The aim of the act was to ensure that Cubans who were trying to enter the United States by sea would actually be safeguarded and sent to a third country to maintain their right to escape prosecution in Cuba and actually move towards another country for a better life. Subsequently Cuba initiated a different tactic to prevent people from escaping from the boat routes. The United States also agreed to support the resolution that prevents smuggling of illegal aliens into a country and even indulged in using force to prevent dissidents from entering the United States illegally. The relatives of US citizens who were Cuban nationals were allowed to apply for legal resident status and US nationality based on sponsorship from their relatives.

Apart from this any Cubans that were intercepted at sea were to be returned to the country of origin. In fact Cuba is known for not accepting aliens who have been convicted of crimes in the United States and may be deported. Anyone who is an alien and has fled Cuba and then committed a crime elsewhere must be prosecuted in the same country.