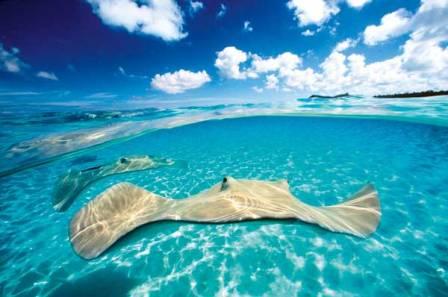 Cuba is situated between the Atlantic Ocean on the north, and the Caribbean Sea to the south. Cuba lies 270km north of the other main Caribbean island of Jamaica. The distance between Cuba and Florida in the USA is only 170km while the nearest point in Mexico in 210km from Cuba. Cuba is situated just south of the tropic of Cancer.

Cuba is the largest Island in the West Indies. The total surface area of Cuba is approximately 110,000 km2. Cuba is a narrow island that stretches 1250 km from east to west, while it is barely more than 100km from north to south at its widest point.  Approximately three quarters of the land mass of Cuba is fertile arable land used either for agriculture or animal breeding. The remaining 25% of land in Cuba is comprised of mountainous regions situated mainly in the east of Cuba. Cuba has no large natural lakes or rivers, although the government have created hundreds of man made reservoirs of considerable size to aid in water supply. Many Cubans use these man made reservoirs in Cuba for fishing.

Mainland Cuba accounts for more than 90% of the land mass of Cuba. The largest island in Cuba is the Isla de la Jeventud which is situated on the south west of mainland Cuba. In addition, Cuba has thousands of tiny islets composed mainly of coral that dot the shores of Cuba, mainly in the east.

Weather and geography in Cuba

The geography of Cuba ensures that temperatures fluctuate little throughout the year and weather is quite unchangeable. In general temperatures in the south of Cuba tend to remain slightly higher than the West of Cuba due to its fractionally lower latitude.