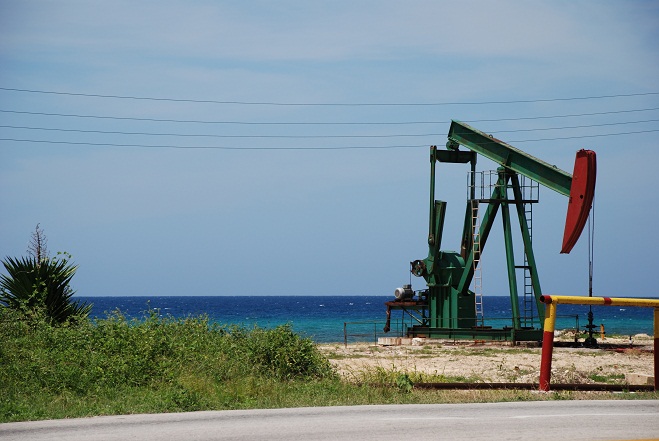 Interested in Cuba’s oil reserves? Want to know about Canadian drilling in for oil in Cuba? Our guide to oil in Cuba gives you the facts & information you want to know.

Up until the 1990’s Cuba had the full support of the Soviet Union that helped to keep the economy in order. Not only did Cuba receive technical support from the Union most of their oil was coming from the Soviet Union in exchange for sugar. These good times of Cuba ended with the disintegration of the Soviet Union in 1991. As a result the Cuban economy suffered a huge blow because all the Soviet assistance was gone almost in a day. The United States had imposed a trade embargo on Cuba long before the end of the Soviet Union and the stipulations still exist today. The Major crisis that the Cubans had to face was that of shortage of oil.

Although the island is blessed with little oil reserves of its own, these are hardly sufficient for the various needs of the region. It was impossible for the Cubans to rely only on the internal reserves for fueling the transport, electricity generation and fertilizer generation. Because of the nature of the agricultural activities of Cuba in the years preceding the break down of the Soviet Union, Cuba was believed to be using up more oil per acre than the United States. As a result agriculture suffered a huge blow due to the oil crisis that the country was faced with. In the efforts to curb the disasters the Cuban government introduced food rationing for the public. This was hardly sufficient for the needs of the people which resulted in malnutrition. All desperate measures were taken to increase the agricultural produce and in the efforts any spare piece of land was dedicated to the growing of vegetables. Since fertilizer production had ceased all agriculture was done organically. Agriculture also became labor intensive as horses and oxen were reintroduced in the place of tractors due to shortage of fuel.

Electricity generation had reduced considerably and the Cubans often had to go 24 hours without electricity. Office work suffered a great deal because hardly any work could get under way due to the absence of electricity. Moreover people faced many transportation problems which still exist till today. You will find that the Cubans travel packed up into goods Lorries and all kinds of government vehicles. The railway lines and road networks are also overdue for repairs.

In these troubling situations Cuba managed to take some measures to stabilize their journey towards recovery. The first of this was to support the over burdened and outdated national grid with generators that acted as a replacement to the large power stations and the unfinished nuclear stations. The government also managed to introduce cost effective equipment that would help save them electricity. These measures included introducing filament bulbs and efficient domestic appliances. The greatest deliverance has come from the friendly relations that exist between Castro and Hugo Chavez of Venezuela. This is because Venezuela is a country that is rich with oil. Cuba has exported around 20,000 doctors to Venezuela and as barter it receives tons of oil from them. Although things are not as good as they used to be before the end of the Soviet Union, Cuba is on its way up from the effects of the incredible disaster that it faced.