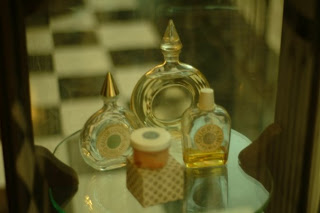 Interested in the history of perfumes in Cuba? Read on to discover how popular perfume in Cuba really is…

When you think of perfume in Cuba a great memory of Havana and exotic feelings are evoked by the connection of the Cuban culture and a fragrance that may define it. It is surprising to note that even though Cuba is a socialist nation they do have a great weakness for the finer things in life which include good food, great music and fabulous dance performances along with the luxury items like perfume.

The Museum of Perfume in Old Havana

A testimony to the Cuban love for fragrances is actually the perfume museum which is still standing in the old parts of Havana. This museum is home to an interesting collection of ancient perfume bottles, the ingredients utilized in creating unique and ancient perfumes as well as artifacts related to the production of perfume.

Historical Artifacts and Perfume Ingredients in the Museum

The Cuban perfumes displayed in this museum are older than 1960 except for one of the larger displays. Apart from this there are various unique and iconic French perfumes which have been amalgamated in this museum which pays a tribute to the love of fragrance.

Of the French perfumes there is Chanel Number 5 which was created by Coco Chanel and is a signature scent of the brand from Paris. The Cuban perfumes on display pay homage to the perfume houses of Crusellas, Sebates and Gravi who were responsible for the creation of unique blends with Cuban flair and a feel of the Caribbean in their fragrances.

The museum houses the complete range of fragrances by Suchel Fragrencia who were commissioned as the official manufacturer and producer of soap and perfume in Cuba by the government.

There are many global perfumes which have been inspired by the Cuban heritage and the feel of Havana nights. One such amazing perfume is Cosmo which has been manufactured by the Italian perfumers and cosmetics manufacturers Rubino Cosmetics. The main ingredient in this delectable fragrance is ruby dust. The perfumer claims to be inspired by the Cuban feel and the impact of a cocktail presented in a Cuban bar.

Cosmo has a unique blend of musk, rum and tobacco which are essential elements from the Caribbean region. The spicy notes are added by black pepper, cinnamon and ginger which provide the Cuban accents. The sweet notes of this fragrance are provided by lavender and Lily of the Valley which make up the heart of this fragrance. The Caribbean inspiration comes in the form of spicy citrus notes which blend to create a marine feel with the use of bergamot, lemon as well as Mandarin. This perfume is truly a magical experience and is presented on the federal base with a unique retro bottle that has its own atomizer for an old world charm which is a tribute to the Tropicana club nights in Cuba.

The perfume called the Narciso Rodriguez Essence tries to capture the Cuban essence of exotic glamour and it is actually a variation of the perfume which was smelled by the perfumer during his trip to Cuba.

Havana nights and exotic Cuban flair led to the creation of one of the famous brands called L’Artisan Parfumeur Havana Vanille which is been inspired by the Caribbean culture. The essence of Vanilla as an exotic and subtle ingredient truly reflects the Caribbean element of smoldering sensuality and lingering allure in this perfume.