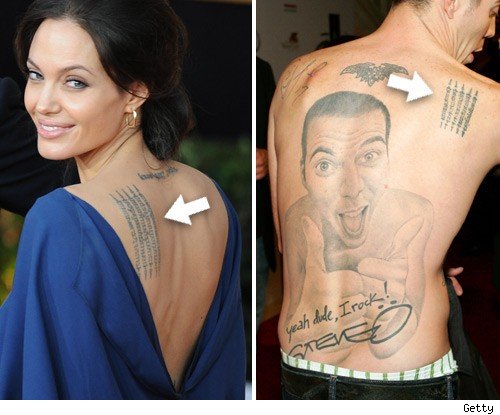 The art of tattooing occupies a special place in Cambodian history. Discover the culture and origins of Cambodian tattoos.

The art of tattooing is considered to be a means of artistic expression that uses the body as a canvas. In Cambodia the body has served as a canvas since hundreds of years as we find that ancient Khmer warriors used to tattoo their bodies with all sorts of mystical images with the belief that they would bring them strength and protection.

According to Cambodian history the concept of tattooing comes from the Sanskrit word Yantra. The traditional tool used to create tattoos is known as the Mai Sak. The Cambodians were quite skilled at creating geometric designs using the stick. Unlike the way needles are used to draw tattoos on the human body the Cambodians had a split end tool with two sharp points that resembled the tip of a feather quill pen.

The Cambodian tattoo culture is closely linked with the tattoo culture that prevailed in Thailand. It is the Buddhist dharma that serves as the connecting point between the two nations as tattooing was a major practice amongst the Buddhist monks of the region. In fact there were certain Buddhist temples like the Nakhon Chaysri Kakhon that were renowned for their tattoo art.

The Yantra designs that already were present and used in Hindu India were adopted by the Khmer as Buddhism arrived from their neighboring country India. It has been observed that tattoo art dates back to Angkor times. There have been different masters who have added to these designs through visions received in their meditations as believed by the locals.

Some Yant have been adopted from pre-Buddhist Shamanism and the belief in Animal Spirits that was to be found in the Southeast Asia subcontinent and integrated into the Thai-Buddhist tradition. The script utilized for Yant designs is ancient Khmer and Pali

In Cambodia, the body tattoos are used with the belief that they bring self-protection. The Cambodian people believe a yantra has magical powers that can ward off evil and hardships.

The Khmer liberally used tattoos during the reign of their kingdom, and their use was copied in Thailand to identify the serfs. Thai soldiers would wear protective tattoos into battle and this tradition is present even till today. The tattoo supposedly warranties that a person can not receive any physical harm as long as they follow a certain code of conduct.

The majority of the Cambodian tattoo art revolved around the men of the country. The females were rarely seen to be fond of tattoos although there have been some exceptions in history. Most women would opt for oil tattoos rather than ink which would actually be invisible to the human eye. They did this in order to seek the protection that the different tattoo symbols were believed to offer to the wearer.

The tradition of tattooing still prevails in Cambodia and has become more of a fashion trend these days. This change in perception has come about largely due to the influence of the mass media that has promoted this form of body art to be a means of making a fashion statement.