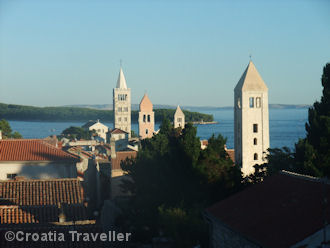 A 2001 survey assessed the religious makeup of Croatia as 90% Roman Catholic, 4% Christian, 0.5% Christian Other, 1.5% Muslim and other (including no religion)4%.  Religion is extremely important to people in Croatia and as such very few people define themselves as atheist.  The majority of Croatia identify themselves with the Catholic religion and are extremely proud of this identify.  A recent survey suggested that over 30% attend mass on a weekly basis and church services are usually full.  When Croatia was part of Yugoslavia, Josip Bros Tito ruled with an iron fist and as part of his campaign to unite the country, he forbid the overt practice of religion and related religious ceremonies amongst all religious groups. In cases were certain religious practices were actually allowed in Croatia, these practices were tightly controlled. The secret police helped to ensure that rules pertaining to religion were strictly enforced. Since both the inward and outward practice of the catholic religion in Croatia is so important to its citizens then any attempt to suppress such practices caused deep feelings of resentment. When Croatia finally gained independence in 1991, its people were quick to revive and restore practice of its overt religious identity – such as the celebration of religious ceremonies.  The strong practice of religion in Croatia has endeared the country to the Vatican.  As such, the Pope has visited Croatia many times.  A most memorable occasion which was coupled with huge celebrations in Croatia was a visit by Pope John Paul II in October 1998. The purpose of this visit to Croatia was to beatify Cardinal Alojzije Stepinac. Cardinal Alojzije Stepinac is a celebrated figure in Croatia; having been imprisoned by the Yugoslav Communist government following his refusal to sever links with the Roman Catholic Church.  As such, the government accused him of collaborating with the Nazis and he was imprisoned for sixteen years.  Religious freedom in Croatia has resulted in a huge surge in religious practice and an incredible growth in all media related to religion.  The airwaves are ‘hot’ with religious activity and as such ever new publications relating to religion are released and new television programmes delivering news, views are religious education are ever growing.  Croatia is a fantastic place to be for those who have great passion for the Catholic religion.  Those travelling to Croatia for this reason can be ensured of indulgence in beautiful and well loved religious sites and celebrations and overt religious practices.