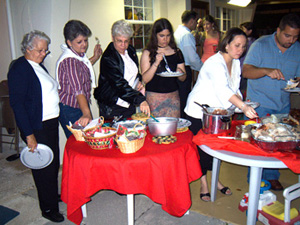 Want to know how Cubans celebrate Christmas? Interested in knowing about the food and celebrations carried out on the Island during the festive season? Our guide to Cuban Christmas traditions gives you the info you want to know.

A proverb in Cuba states that “jovial companions make this dull life tolerable” and that’s very much the idea for the people in Cuba. When it comes to traditions, it’s all about family, friends and foods. Cubans know how to celebrate and how to make life tolerable. Christmas celebration is something that is certainly an out of the ordinary kind of festival in Cuba. Christmas it self is quite exciting, but, in Cuba it is not just exciting, it’s overwhelmingly awesome. It is an amazing celebration, filled with joy and traditional food.

Talking about foods, well, Cuban Christmas can not be complete without a roasted pig. These roasted pigs are caught and killed only a couple of days before Christmas. Along with this main attraction, black and white beans and Cuban bread is quite popular on the eve of Christmas. Some special traditional dishes are also used to adorn the table. But Christmas is all about family, so, bigger the family, the more plentiful the food. Cubans can never forget to include a number of desserts in their Christmas menu. Some of the deserts are so traditional that most of the people don’t even know about the recipe. There certainly is a great deal of diversification in the menus and to make matters exceptional, wine and beer are used to add a touch of mischief. All these preparations are supposed to be done on the 23rd which implies that the festivity goes on for days even before Christmas. These parties are never short of singing and dancing as people complete the centre their celebrations around a variety of different dishes, so, they do nothing but enjoy Noche Buena i.e. the Christmas Eve. That’s just a glimpse of Christmas celebrations in Cuba, but, words can’t define how the whole thing looks in reality. But hang on, what about the Christmas tree? Well, Christmas trees are also existent in Cuba and they are given a good level of ornamentation with some blazing objects and lágrimas. But, one can argue about the size of these trees which are diminutive compared to those found in the US and Europe.

The traditions of Cuba are something that these people really keep in high regard. Traditionally, there is no Santa Claus in Cuba, hence, no gifts for children which is unfortunate for them, but that’s what traditions are all about, one has to stick to them whether one likes it or not. But there’s a lot of festivity in Cuba not only on Christmas but also on New Year.  There is a tradition of burning a doll that is supposed to be associated with forgetting the bad things of the past year, throwing a bucket of water also symbolizes the same. Along with this, fireworks are something that can flabbergast anyone.

However, things have never been smooth in Cuba, especially when it comes to Christmas. Cuba was considered to have become an communist nation in 1962, so, Christmas celebrations were relegated in their level of importance. But with the passage of time, the restoration of Christmas and other holidays, again took place. So, it can easily be said that Cuba has had its share of upheaval but is still standing tall.