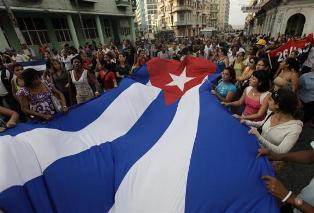 Cuba is perhaps most famous for its own approach to government & politics that is unique in the world today. Fidel Castro is the longest serving head of government who has held the premier position in the government and politics of Cuba since 1976.

In terms of government and politics, Cuba is divided into 14 provinces which in turn is composed of 169 municipalities which form the government in Cuba at the most local level.  According to the political system in Cuba, the municipal bodies are elected in Cuba every two and a half years by all Cuban adults.

Party Politics and Government in Cuba

The largest and only political party in Cuba is the Communist Party of Cuba. The government and political system in Cuba dictates that there is only one party allowed to engage in politics in Cuba. No opposition political parties are allowed in Cuba. The Communist Party of Cuba has in excess of 800,000 members across Cuba and is hugely influential over a variety of other organisations in Cuba including trade unions and student groups.