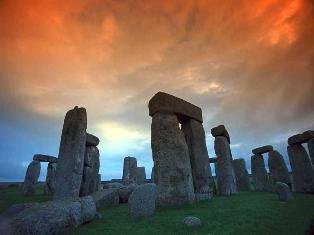 Interested in the Manasseh tribe of Cuba? Read on to find out more about the descendents of native Indians called the Manasseh Cuba…

The Manasseh Cuba are descendents of native Indians in the country of Cuba and are linked back to the Israelite tribe of Manasseh as confirmed by the details and information provided in the Bible. In fact the Manasseh Cuba tribe carries the name of the tribe which is also called Joseph.

Origins and History of the Manasseh Cuba

What some claim as references to the Manasseh tribe which is now settled in Cuba are found in Genesis 49: 23-25 where the verses speak of the Spaniards who invade the island of Cuba and indulge in manslaughter of the Cuban Indians to completely wipe out their population. The reference in this book speaks of the Spaniards as archers however they had long given up the practice of shooting bows and arrows and these were replaced by modern-day weapons which follow the concept of the bow and arrow -the gun and bullet.

The book of Genesis speaks about how the Spaniards during the conquest shot at the Indians and overpowered the population. Those who could, fled to the higher areas and launched guerrilla warfare on the Spanish artillery however, these humble Indians could not withstand the force of the might of the Spanish army which was indulging in full force and bloodshed to overpower the local people.

Persecution of Cuban Native Indians by the Spanish

The immense hatred that Spaniards showed towards the native Indians of Cuba was sadly reflected in the way they were tortured and murdered to annihilate them. In fact there is a detailed account of one village which included 2500 Cuban natives who had invited the Spanish people for a feast.

It is known that after the feast the Spanish invaders slaughtered each of the Cuban Indians of the village and let their blood run like a river through the village.

The Indians who were sent to work at the salt mines were overworked and overburdened in order to punish and torture them till they died because they had no capacity to manage a burden beyond their strength.

It seems that the modern-day Cuban Indians peroecution was reflected completely stage by stage in the book of Genesis as it speaks of how the Spaniards would invade the island and cause the Cuban Indians to flee into the bushes thereby being separated from their tribe of the Manasseh Cuba which is similar to the separation of Joseph from his siblings.

The Manasseh was classified as a glorious tribe from which a leader would originate and then spread out the population throughout the globe. This is evident in how the Cuban army has managed to send its people all across the world to countries like Ghana, Portugal, Mozambique and Angola among other countries.

Apart from this Fidel Castro’s rebellious companion Che Guevera is an iconic Cuban revolutionary who assisted and guided his soldiers all the way to Congo before he landed in Bolivia.

By the 1970s the Cubans were spread out across the world in military missions and it was the fulfillment of the prophecy in Genesis. The tribe of Manasseh is referred to as Ephraim and sometimes Joseph because the two progenies of Joseph were actually named Manasseh and Ephraim who fathered the tribes of Israel which took their names.

Researchers want to establish the fact that Cuban Indians are in fact Israelites because the languages spoken in the Caribbean and Spain by the native Indians and the dialect is very similar to Hebrew and seems like an altered version of basic Hebrew.