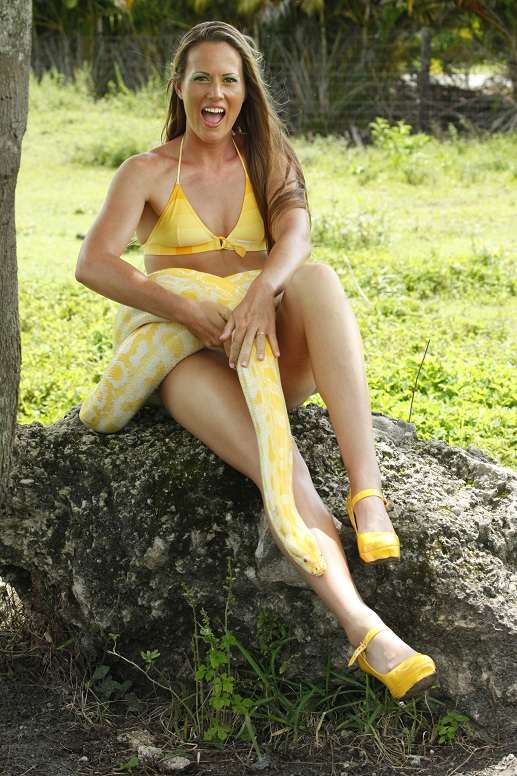 The primary mechanism of reproduction for eukaryotes is sexual reproduction. However some reptiles which fall under the order of “Squamata” (snakes and lizards), undergo parthenogenesis. There are various reports which show that females of the sexual species are capable of reproducing even without the presence of males. This is a clear case of “female parthenogenesis” in certain sexual species.

There was an investigation conducted of a case involving parthenogenesis in a certain snake species, “Burmese Python”. The scientific name of Burmese python is “Python molurus bivittatus”, and it belongs to “Boidae” family. There is a live collection of these snakes in the Artis Zoo (Amsterdam) in Netherlands. There were three adult Burmese pythons which were all females. Among those 3 one was born in the year of 1993 in a rescue camp and after 2 years was donated to the Artis Zoo. After she was brought to Amsterdam, she was kept outside the proximity of male species. In spite of being kept totally isolated she had managed to produce one clutch in each spring from the year 1997 till the year 2002.  Apparently 25% to 30% of all the eggs were healthy embryos in each year.

A few other studies were also conducted using the molecular-genetics procedures to establish the fact that parthenogenesis occurs in otherwise normal sexual snakes.  The species which underwent these studies were Acrochordidae (scientific name: Acrochordus arafurae), Colubridae (scientific name: Thamnophis marcianus), Viperidae (Crotalus unicolor), Thamnophis elegans, and Crotalus horridus. By taking the fingerprints genetically, the maternal heterozygous loci in the progeny was found to be differentially fixed in these species. This was corroborated by the fact that all offspring were born as males. In snakes the heterogametic sex (ZW) is considered to be the female species.  Hence the combinations which are possible in the homozygous offspring are ZZ and WW. WW combination not being viable, the only other combination possible is ZZ. That is observed in the offspring, all of which were male.  Though cytological analyses have not yet been carried out, the restoration of diploidy, in all probability, occurs through fusion between the 2nd polar body and the nucleus of the egg. This method is called ‘terminal fusion’.

The main problem that needs to be overcome in sexual species which reproduce through parthenogenesis is that the number of chromosomes needs to be kept intact instead of reducing, during the process of meiosis, as haploid eggs are not viable. If there was parthenogenesis occurring in Burmese Pythons, the genetic results would be unpredictable. The outcomes would depend upon the cytological processes undergone. Offspring would either be totally homozygous, or would resemble their mothers genetically (barring exceptional mutations).