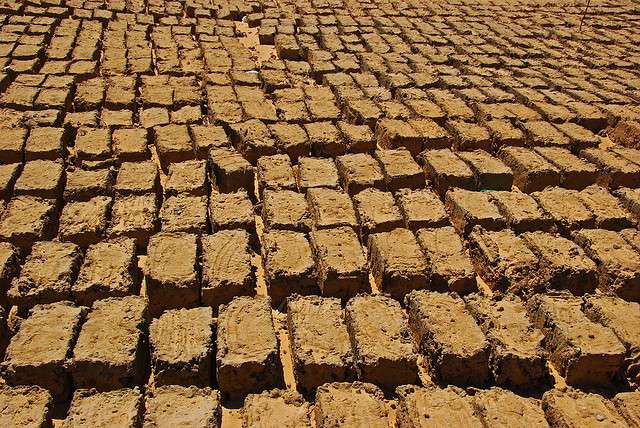 With 4000 years of history behind it, it is amazing to see much of the ancient Egyptian culture and lifestyle retained in this country which has spawned much of the generations of the human race.

If you traverse the Egyptian landscape today and spot the villages across the Nile Delta, you will find mud brick houses which have been created out of clay baked in the sun. The Nile is still utilized as the source of water and many of the women washed laundry in this river. The crop fields along the delta of the Nile are dotted with farmers and their small Egyptian mud brick houses. You can see large terra-cotta water pots reclining outside the houses filled with drinking water as well as regular water to be utilized for washing or cooking.

While the Sphinx and the pyramids in Egypt have survived the vagaries of age, Egyptian houses are another story. The main reason for this is that ancient residential and commercial construction in Egypt utilized Egyptian mud bricks and these are not durable.

Homes were constructed out of this material because it was very cheap and economical. The basic method of constructing Egyptian mud bricks was to combine small pieces of straw with soil from the Nile River and shape this mixture into bricks by filling it in wooden molds. These were then dried out in the sun and resembled baked clay.

The houses were constructed out of Egyptian mud bricks and then painted with a whitewash on the outside to reduce the impact of the harsh sunrays. Windows were placed on the upper parts of the walls and were extremely narrow in order to reduce the amount of heat that was transferred inside the house.

Both affluent and working-class homes were sparsely furnished with basic furniture constructed in a very functional form and the most common piece of furniture was a flat and low square created out of wood. This had a comfortable seating cushion made out of leather or fleece.

Affluent homes were painted on the inside with different scenes depicting the daily lifestyle of Egyptians and the floor made out of mud was covered with mats woven from reed. The ceilings were crafted out of tightly woven palm rafters and sticks. The Egyptians believed in vertical construction and often had multiple story homes to utilize the land to its maximum potential.

This included the living room, a yard and the bedroom or sleeping area. The yard was utilized as an outdoor kitchen and always consisted of baked clay ovens and a floor space for grinding grain which would later be used to make bread or beer.

Apart from this a basement was constructed with two cellars which were utilized as storage areas. The front of the house was utilized by the craftsman in the labor village to conduct their work like pottery and carpentry or farming.

During the hot months the stairway would lead to a flat roof where the Egyptians would cook and sleep and even dine in the company of their family members.