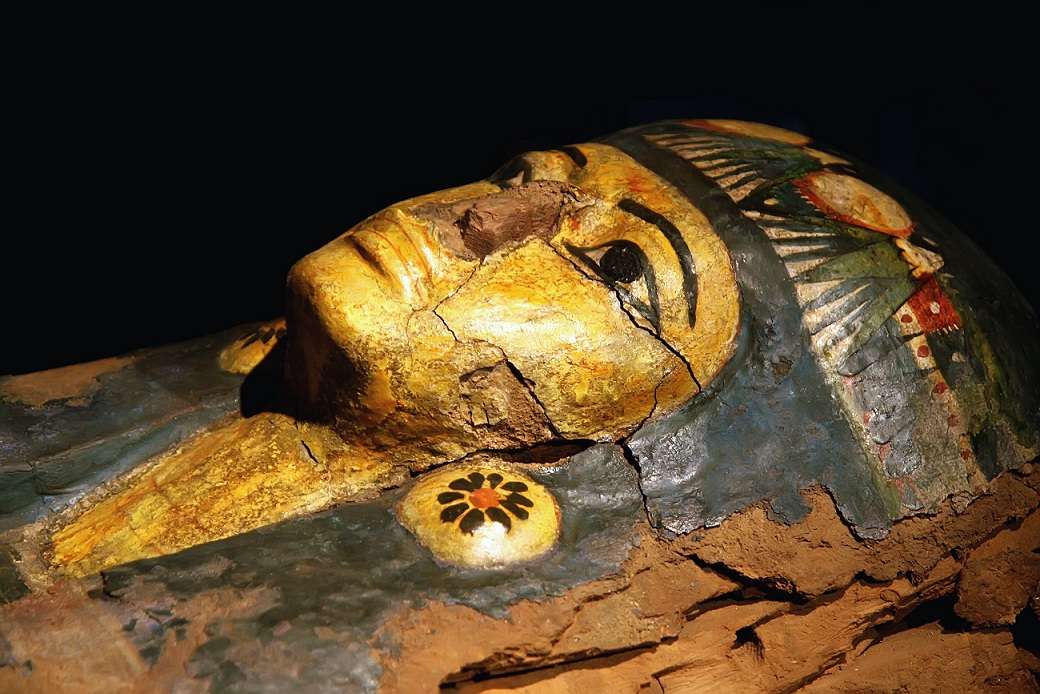 Want to learn more about Egyptian Sarcophagus? Read on for facts and info about this unique funerary object used by the Egyptians…

The ancient Egyptians were known to conduct elaborate burial rituals and had a lot of different burial equipment that they made use of. The coffin was one of the most fundamental objects used in the burial process. The main objective of the coffin was to preserve the body from mutilation and deterioration over time. They developed a special object known as the sarcophagus which was meant to hold the coffin in place inside the tomb.

The body would be placed inside the coffin wrapped up in furs and mats. The coffins would be made out of clay and in certain areas they would even build a wooden scaffold around the body. This sarcophagus is translated as “flesh eater” in Greek etymology. However the Egyptians interpreted it in a totally different way. In the ancient Egyptian language that sarcophagus was referred to as the “neb ankh”. This translated as “possessor of life”. They had a number of words and phrases that they would commonly use to describe coffins and sarcophagus amongst which the most popular were wet and suhet.

It is commonly believed that the term wet is derived from the same words used for describing mummy bandage and the act of embalming. Similarly the word suhet is believed to carry the meaning of a “mummy board” or “inner coffins”.

The bulk of the burial practices were aimed at ensuring that the deceased individual has a smooth transition into the afterlife. In the new Kingdom the aristocrats of the society would purchase a sarcophagus along with the coffin and the mummy board in preparation of their own death. The coffins would be made out of pottery, metal and wood in different eras.

Archaeologists have been able to find the most well formed clearly established royal sarcophagus and coffins dating back to the third Dynasty. Some of these have been made out of stone. The coffins and sarcophagus were very plainly designed during this moment in time and that the plain flat cover at the top. A number of elaborately designed vaulted lids along with crosspieces have also been unearthed by archaeologist

The sarcaphogus used by the common man were however considerably different than those used by the royalty. This was primarily because the common man did not have the kind of finances with which he could acquire all the precious materials and equipment. Due to lack of funds the essential funerary equipment would just be pasted on to the coffin instead of being there in physical form.

The act of decorating coffins and coffin walls has been prevalent amongst the Egyptians from very early times. Amongst the earliest decorations were false doors and facades that were fitted onto wooden coffins back in the 2nd dynasty. With the passage of time the sarcophagi was developed and it was being used for both private and royal funerals in the Old Kingdom. The design sensibilities employed in decorating coffins went through many changes over time but certain elements like the sarcophagus and the use of hieroglyphics on the sides were maintained throughout.