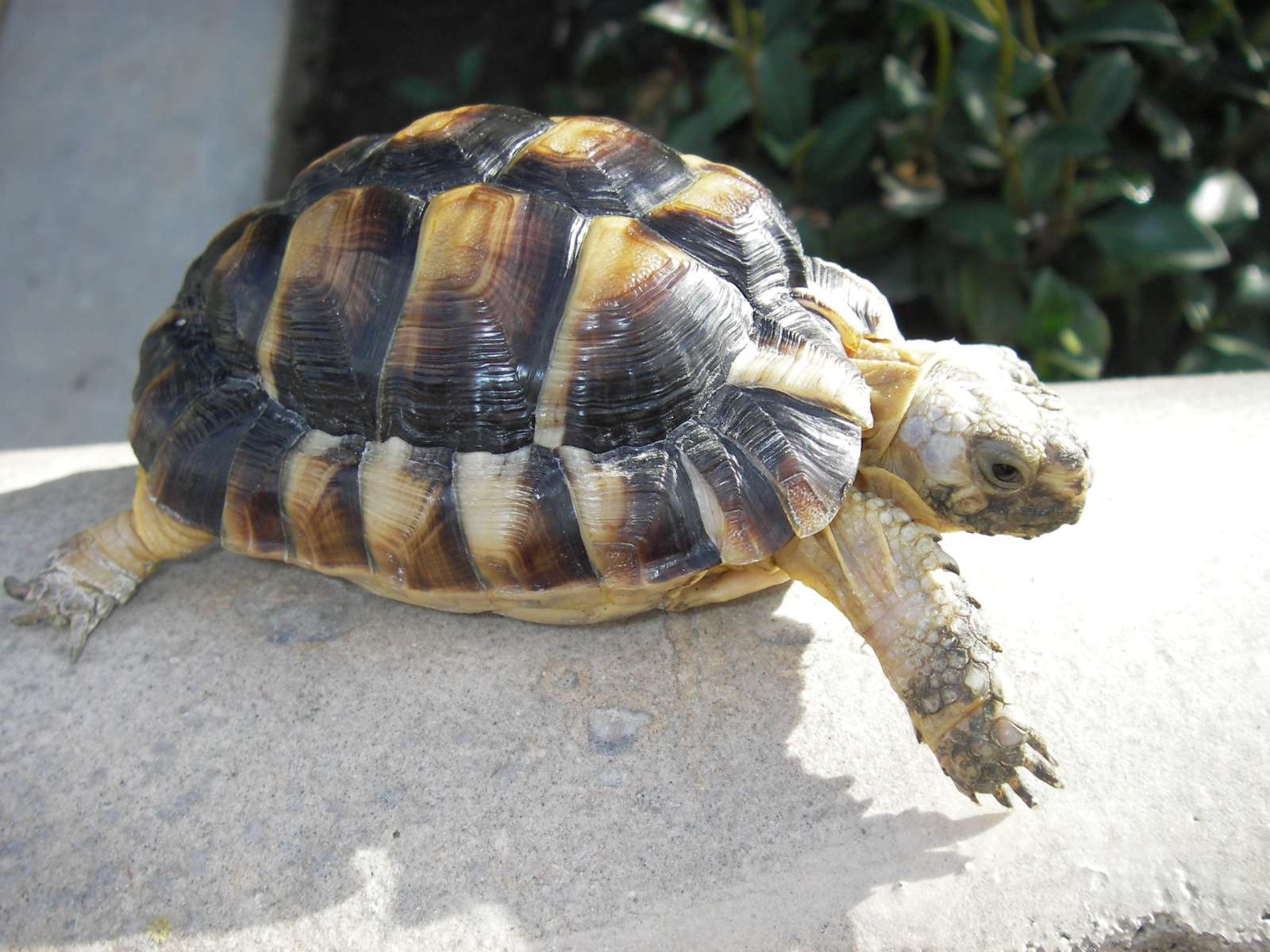 The neck hiding Egyptian tortoise is also named the Kleinmann’s Tortoise or Leith’s Tortoise. It has the scientific name of Testudo kleinmanni and also covers the species of the Negev Tortoise. This tortoise was available in huge numbers across the Egyptian landscape but is now near extinction in Egypt and unfortunately on a global level as its numbers fall rapidly.

Characteristics of the Egyptian Tortoise

The shells of the Egyptian tortoise have very high domes on their back and the colors have a spectrum of dull yellow, pale ivory, light gold all the way to dark brown. This interesting color variation found on the Egyptian tortoise has been analyzed and compiled in the Gloger’s Rule which assesses the impact of sunlight on the tortoise and reveals how they are able to manage the effect of sunlight on their well-being by being naturally endowed with a different color spectrum. The base of the shell has light yellow coloring and each abdominal scute has two colored triangles imprinted on it. The dark side markings on the scutes of the Egyptian tortoise start fading as the tortoise grows older. The limbs as well as the head of this tortoise have the spectrum of ivory to yellow and pale yellow to brown coloring.

There is a contradiction on how the species and subspecies should be merged but the genus Cherus and the margianted tortoise both share a common ancestral lineage which hails from the Greek tortoise.  However the Negev species has been separated as an individual species. This tortoise has evolved to adapt to the local environment and the populations on the east and west are being managed individually to enhance gene flow and conservation of this tortoise.

Natural Habitat Of The Egyptian Tortoise

These terrestrial animals survive in semi arid and desert environments and are adapted to live in gravelly plains as well as compact sand wadis along with rocky terrain which consists of shrubs or dry wood land areas as well as salt marshes on the coast. There has been no study and collection of information on what the Egyptian Tortoise consumes in the wild but in captivity they are known to feed on vegetable, fruit and grass.

The Egyptian Tortoise is quite active in moderate temperature and does not like extreme cold or very hot temperatures. They seem to follow a sensible strategy to tackle summer and winter months. They get the most of the early morning summer sun and then come out in the evening. During the winter months they will soak in the midday sun and then retreat to the warmth of their abodes.

Mating occurs in March and April for tortoise in the wild and in captivity respectively and they become mature from the ages of 10 to 20 years. Shallow bowls created beneath a bush or empty burrows are utilized to lay a clutch which contains anywhere from 1 to 5 eggs which generally hatch in the late summer or early autumn season.