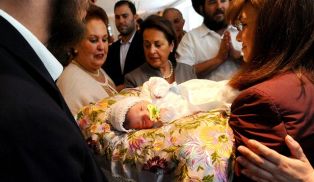 Australian aboriginal culture predates all other cultures on the planet and is very different. Studies into the Australian Aboriginal way of life have revealed that the culture practices and rituals have not changed through millennia. During the first contact, ritualistic circumcision on the continent was carried out as a male initiation ritual by a small number of aboriginal communities and nations in the desert area of the Northern Territory and parts of South and West Australia and also in Arnhem Land
In some aboriginal tribes the ritual entailed a subincise (slit underneath), so not only the foreskin, but also the entire length of the penis was cut, opening up the urethra. The tribes believed that the blood thus drawn would be used in rituals; however, there is no explanation why the cut was so deep and long and why in the genital area

In the Northwestern tribes the circumcision ritual included cutting the foreskin, which they believed would turn into a bat, because it is elastic like the wings of a bat. According to this culture a bat is symbolic of death and so is the initiation ritual. Even though the imagery is primitive it is akin to nuns prostrating themselves and renouncing their worldly ties to take their vows.

Some experts suggest that contrary to the popular notion that circumcisions were part of the aborigine culture, it was brought to Australia by Indonesian. Australian Aboriginals from some other areas concur with the findings vehemently denying that they practiced ritualistic circumcisions.

The aboriginal communities placed a lot of emphasis on their initiation rituals, and circumcision is but one part of the ritual and it signals the beginning of a sizeable amount of time that will have to be spent away from the tribe learning about the secrets of their culture. Very little information was available about such ritualistic practices before the 20th century.

Today when the ritual is carried out in some communities; there are several members of the young man’s family that are involved in the initiation ceremony. Unfortunately, even today there is no anesthesia used in these circumcisions. However, the actual circumcisions are not done by the family members rather by a shaman. In the procedure, the young man who is going through the ritual is accompanied (if possible) by his two brothers who hold his hands while the procedure is being conducted. Typically, his brothers-in-law stand behind the shaman to ensure that he does not mess up the job and damage the organ.