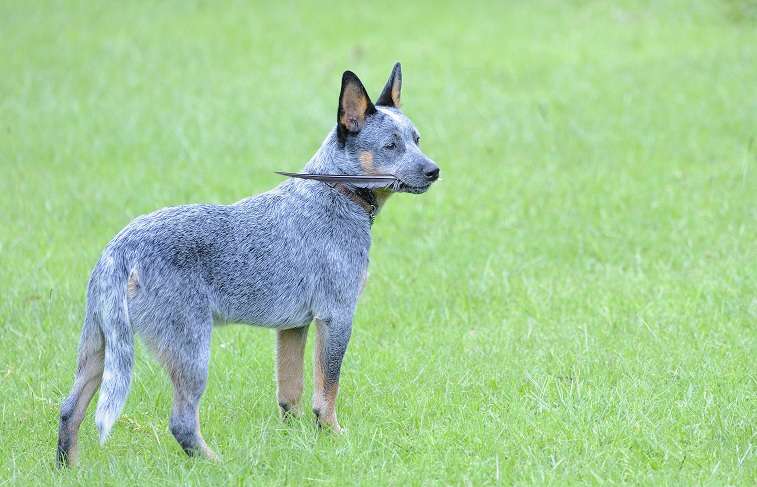 Looking for an Australian Heeler? Learn more about the breed of herding dogs known as the Queensland Heeler…

The Australian Heeler is actually a well-known cattle dog from Australia. It is an integral part of this category and is used for herding cattle, sheep and goats along with poultry on some occasions. It is also known by its other names such as Red Heeler and Blue Heeler. This is mainly due to crossbreeding, which has caused it to develop a coat of fur which has blue and red specks on it.

Used mainly for droving the cattle, the Australian Heeler is a very feisty and energetic dog. It requires minimum guidance and has quite a lot of independence in its nature. It is extremely intelligent and is of medium size. The dog has a feisty disposition but is not aggressive and is considered a short-coated dog.

The idea of Australian Heeler Cattle Dog is a very strong dog without any trace of weakness. Ideally it should not have a heavy build and be cumbersome in its movement. This could limit its agility and functionality as a good working dog that can manage cattle by constantly being energetic and on the move.

When buying in Australian Heeler especially as a working dog it is important to see the movement and agility of the canine. It should have symmetrical and balanced movements as well as a build that  is balanced because none of the body parts should be highly exaggerated or stand out from any others. Even the show dogs or companion dogs have been bred to look well conditioned and muscular but proportionate. A dog that is shown in a conformation show should also have hard muscles and be proportional.

Size of the Australian Heeler

There are two basic coat colours evident in the Australian Heeler. These are blue and red but in neither case is the coloration considered solid. This unique colour is created by the mixture of grey or white hairs that seem to be tightly woven with black or red hairs. However, this  is not the red of the roan or merle that comes across because of a ticking gene which is similar to the one present in the Dalmatian breed.

Aside from this primary coloration characteristic, the Australian Heeler Cattle dogs also have some near solid or solid patches of colour, which look like a mask on either eye or sometimes on both.

The predominant colour in terms of genetic disposition is red for the Heeler Australian cattle dog. A ginger colour comes across with a mix of white and red hair.