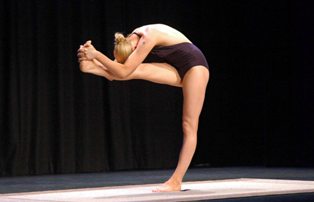 Considered as one of the hottest yoga technique across the world, there are more than 500 studios for Bikram yoga all across the world. International popularity of the Bikram from Australia is mainly because of the transformation witnessed by fitness enthusiasts when enrolled in the program. The Bikram yoga has 26 poses and two breathing techniques, which are executed in a heated room at temperatures above 38°C. This holistic approach works on the entire body and promotes well-being from inside out. Regular practice of yoga by Bikram from Australia is known to work on muscle tone, vibrancy, well-being as well as good health and normal weight range.

One of the longest running programs and the oldest one perhaps is Bikram from Australia run at Brookvale. It is by far the most successful of the studios and the main reason for its success is because of the putative benefits offered to every body type. It is not important to be completely flexible, but the very challenging series of 26 postures are to be completed in a structured manner. The repetition is conducted twice for each posture or asanas and each preceding posture leads into the second one. The duration of a class is conducted by trained professionals working for Bikram from Australia is 90 minutes.

A three-year research program by yoga guru Bishnu Gosh, his progeny Bikram and different scientists and doctors led to the formation of the system, which is continuously perfected and monitored for its benefit to human health.

The aim is to focus on the rejuvenation of muscles, ligaments and tendons, organs and glands by challenging the body from the skin to the bone and the fingertips to the toes to promote a complete sense of well-being and fitness.

There are different levels of experience, which start from beginners to amateurs and those who have perfected the art of yoga and follow it in a dedicated manner.

Benefits of Yoga from Australia

Not only can you control your mind and breathe deeply, it is possible to achieve a complete sense of calm and develop a strong mind-body relationship.

Initiating his studies with Hatha yoga in India at the age of three years, Bikram Choudhury went on to study with yoga guru Bishnu Ghosh at the age of 5 and by the age of 11 became the youngest Indian National yoga champion and retained the title for three years. He achieved the title of Yogi Raj at the age of 14 and pursued his career as a weightlifter. When an accident left him unable to continue this line, he  went over to Bishnu Ghosh in order to devise a system that used yoga techniques to restore physical strength and emotional well-being.

The practitioner and designer of the technique developed his studios in the US and then moved on to Australia and other parts of the world. Bikram from Australia is unique in that the yoga room is heated at 37° at all times to promote well-being.

The repetition of the series develops a mind-body awareness and concentration while each of the posture warms up the body and the second repetition makes you go deeper into the posture. 20 seconds of break is considered mandatory between each posture as well as each set in order to let the bones and organs resettle. Then stop breathing gets the body to relax and completely oxygenate the lungs by throwing out carbon and stale air and replacing it with fresh oxygen-filled air.