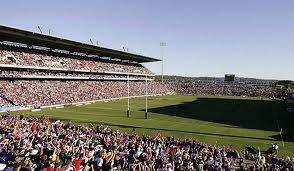 Renovated recently, the EnergyAustralia  Stadium has a new eastern Grandstand, which has been hosting events since its official launch. The first stage of the renovation included the addition of corporate boxes. The seating was shifted from the former location, east side, to the south and north side in the new layout.

Overview of the EnergyAustralia Stadium

The EnergyAustralia  Stadium  has been given a new lease of life. The old structure was very boring and shabby looking but it has been renovated and is now a modern-day stadium that is fully equipped for present-day events. Approximately 27,000 audience members and sports fans loyal to the Newcastle team have embarked on a new era in the sporting history at Hunter valley. The EnergyAustralia  Stadium is a prime venue for sporting events hosted in Northern New South Wales.

The venue was renovated in different stages. The complex was under the siege by the demolition team, electrical works team and building contractors supervising the construction. The eastern side was the first to be completed and today it can hold more than 7,700 people in comfort. The venue is considered a valuable asset to the region. It is owned by the esteemed Hunter International Sports Trust.

Additional improvements include the new scoreboard, seating arrangement at the goalposts on the north and south ends, renovation and improvements at the Western Grandstand along with a focus on up-to-date media facilities.

The large population of the city enjoys spectacular sporting events presented at this audience friendly stadium. In fact, it was commissioned as the winter home of the Newcastle Knights and summer camp for the Newcastle United.

The renovation of the EnergyAustralia  Stadium  has resulted in economic benefits from the time the reconstruction was first announced. The main reason the stadium was upgraded for the population of the Hunter Region was on the public’s demand for an international level spectator-friendly stadium in their region.

Events at the Energy Australia Stadium

Secured in the renovated stadium in Newcastle, New South Wales the EnergyAustralia  Stadium is found on Turton Road, Lambton. The EnergyAustralia  Stadium  has a total capacity of 26,126 spectators with 18,580 seats that comprise 71% of the total capacity. It is a well-lit place without an arena roof and does not have a permanent video screen. The major sport played at this location is Rugby League Football with the home teams being the Newcastle Knights and the Newcastle Jets. There are more than 6,000,000 local fans who support these two teams and the turnout at most of the epic events that are crucial to international league standings. Everyone who is in town tries to reach the venue to take in prime Rugby League action. It is possible to arrive at the stadium by taxi or train. There are limited number of parking spaces available in both the north and south end lots.