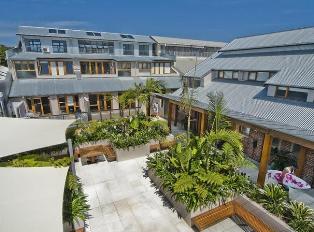 The dairy industry in New South Wales started in the Kiama district in Southern Sydney in the 1860s and 1870s and good farmland was almost finished in the Illawarra by the 1890′s.

One of the Danish immigrants, Frederick Johansen, moved to the Tweed in the 1890s. He went on to farm extensively in the region and was responsible (along with his children) for developing the town. The first butter factory was built in northern river by the North Coast Fresh Food and the Cold Storage Co-operative Pty Ltd. It was constructed back in 1894 at Byron Bay. By 1925 the butter factory was renamed Norco. It was established close to the port facilities, which were being created at Byron Bay, which was utilized by coastal steamers. Following the establishment of the northern river butter factory in New South Wales Australia the railway lines connecting different regions and towns was also established.

With a great deal of high quality feed and pastures available the cows provided good quality milk. Because women could not be transported over long distances the local butter factories were also established along the northern river to be close to the dairy farmers and ensure a regular supply of milk to facilitate the production runs.

In 1901 where there were 1,600 hand separators, by 1911 there were 5,500. The farmers quickly transported the separated milk to the butter factory thereby making the whole process economical and saving time.

The butter churn is comprised o fa glass jar with a tight metal screw top lid and a wooden handle on top of the tight lid. It functions like a cogwheel along with the smaller cog and pinion nut. Both of these turn together and move the metal rod, which is suspended vertically inside the jar. When the metal flanges suspended on the rod rotate on the turning of the handle then the contents of the jar are mixed and the butter is churned. The wooden butter pat has a rounded end which is expanded out to a rectangular shaped spatula. The spatula is round on the top and flat on the underside, which is the working surface. Finished off with four radial lines incised on the underside it is wedge shaped in the cross section and tapers to a thin edge.