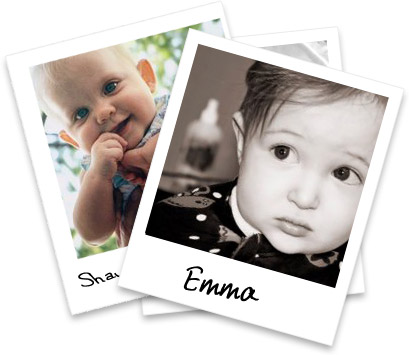 Discover the beauty and significance of the Cambodian names and their meanings.

Names are one of the things that people and places have in common. Various naming traditions exist among different ethnics groups. Cambodian names consist of a surname and a given name, in most of the cases there are no middle names.

An individual is named after various themes like nature, morality and good behavior, in addition to this; names are often taken from the Buddhist religion to which 90% of the Cambodians belong.
This shows that naming convention depends on a range of factors like area, class, culture, religion etc. The keeping of Khmer names in Cambodia is a very important element. Every Khmer name has a beautiful meaning. The meanings of Cambodian names are generally very simple and generally define a positive characteristic.

Understanding the naming conventions of different cultures is important for anyone who wishes to identify people in a diverse country. People in Cambodia have a lot of nonwestern names therefore spellings can vary. Common Cambodian names include Balin, Chea, Cheata, Cheng, Dara where as familiar family names are Chak, Chop and San.

Women in Cambodia are given names of things of beauty, while men are given names of virtues. Khmer names are pronounced with a stress placed on the last syllable therefore they are shortened for informal use by pronouncing only the last syllable of the name. There are many Cambodian names that cannot be imitated in English as Khmer names may be combined into one name and can be difficult to pronounce. People in Cambodia also have unisex names like “Vanna” which means “gold”.

The names of Cambodian gods are mostly in Sanskrit. The name of the gods and the dignitaries are listed in an index by “Monsieur Coeds”. In Cambodia the names of the smaller places are more often Khmer than Sanskrit so that the difference in the meaning is clearly visible.

Names in Cambodia can be a hybrid of Khmer as well as Sanskrit. Khmer names very often reflect a feature of the environment where as Sanskrit names although possessing the same themes tend to have imaginative first elements. The Monsieur’s list consists of over 450 Sanskrit names but does not include the names of the workers and that of humbler people. These reflect ideas which may be of religious nature: Craddah/believing, Krisnadatta/’given to Krishna’, Akasadeva/’Sky-god’, Adityasvami/’Sun-lord’ etc.

Loan words or concrete nouns are names which are connected to religious, political roles and duties. Examples of some of these names are: Kulapati/’Superior’, Purohita/’Chaplain’, Prabhu/’Supreintendant’, Yajamana/’One who carries out an offering’, Guru/’Perceptor’, Vadya/’Musician’.

The first Khmer names, of the 7th and 8th century A.D gave practical information about religious foundations, on the other hand Khmer names were from proper literature. These names had been exposed for several centuries to Indian influence and contained many Sanskrit words.

Many Asian languages are spoken in Cambodia and that is the main reason that Chinese and Vietnamese names are heard frequently. Many words used in Khmer come from French also but this language is used with the outside world.