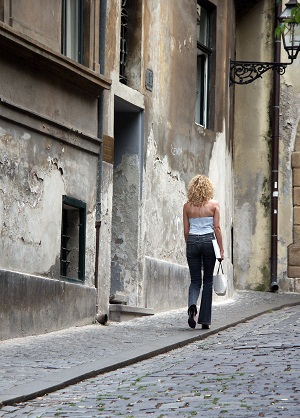 Are you going on holiday to Cuba? Are you concerned about safety and crime in Cuba? Our guide to crime in Cuba gives you the facts & information you’ll want to know.

Cuba easily has one of the lowest overall crime rates in all of Latin America. Cuba is often considered by most experienced travellers to be the safest of all Latin American countries and probably one of the safest tourist destinations in the world in terms of crime. However, like every country, Cuba is not immune to crime and it is always worthwhile being aware of a few potential dangers so you can avoid being a victim of crime while in Cuba.

The rate of violent crime in Cuba is very low, and it is even rarer for violent crimes in Cuba to be perpetrated against foreign tourists. Cuban people in general are very friendly and helpful regardless of their economic status, so crimes such as mugging do not really occur very often in Cuba. The only obvious advice one can offer with regards to avoiding violent crime in Cuba is to stay in public places and not go anywhere isolated with people you’ve just met. You are more likely to be the victim of violent crime in Cuba at the hands of another drunken tourist than you are by a Cuban national.

Car crime does exist in Cuba. If you are renting a car in Cuba it is definitely worthwhile to pay one or two US dollars per night to a parking attendant to keep an eye on your car. Car crime in Cuba such as theft of the actual car is quite unusual. If you do become the victim of car related crime in Cuba it’s likely to be parts of the car such as the hub caps or windscreen wipers that are stolen, because it is easier to perpetrate these small crimes and easier to sell on the parts.

Sexual crime against tourists is also quite rare in Cuba. Of course, women travelling alone should be more vigilant and discerning about young Cuban men who they befriend in the streets. Male tourists in Cuba need to be more concerned that they do not inadvertently become the perpetrators of sexual crime in Cuba. There have been cases in the past where foreigners have been charged with sexual crimes against minors and handed out stiff prison penalties. Always make sure any female companion you meet is of legal age and do not take their word for it; ask to see some ID!

Petty crime is the most common form of crime in Cuba. Unfortunately, this form of crime exists mainly because of the difficult economic situation that most Cubans find themselves in these days. Be aware of pick pockets that operate in crowded public tourist areas in Cuba, and take the usual precautions against such crime. Keep your wallet in your front pocket and if possible keep your passport in the hotel. If you are staying at a hotel in Cuba, make sure your suitcase has a lock on it, and before you leave the room every day lock your valuables in the suitcase, otherwise hotel workers may be tempted to take small things but they would never try to steal your whole suitcase.