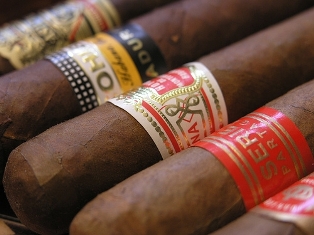 Each time you purchase a cigar manufactured in Cuba you are buying into a little piece of traditional history. Fine cigars are produced by two main companies in present times. These are the Altadis and Swedish Match. The manufacturing as well as purchase of cigars are an expensive proposition and considered a highly elitist indulgence. For this main reason hand rolled cigars and Cuban cigarillos are highly coveted across the globe.

The global brands available at different cigar merchants all over the world can actually be described as niche brands or specialty brands, but local brands are available only in the country of origin like the Caribbean Cuba. Apart from this there are some popular discontinued brands which are no longer available in the market but were extremely popular with cigar smokers across the world. However these have gone out of production mainly because the cost of production had increased, or some of them are not really popular with a wide variety of consumers or the companies have run out of business.

The two companies have a worldwide monopoly when it comes to Cuban cigar labels and have the commercial rights to most of the well-known hand rolled cigars and Cuban cigarillos that originate from the Caribbean. Brands like the Bolivia’s cigars as well as the Montecristo along with the iconic Romeo y Julieta are known all across the world. The brands of Cuban cigars like Partagas and Punch have also been purchased by these companies.

H Upmann is one of the most interesting Cuban cigar labels which was started by German bankers who were so infatuated with Cuban cigars that they actually relocated to Cuba and started manufacturing cigars by giving up the banking world. This cigar is now part of the Altadis group with the Upmann legend on it.

Bolivar was a commemorative cigar named after Simon Bolivar who liberated South America from Spanish rule. It has medium to full flavors to match its historic significance. Another popular Cuban cigar label is the Hoyo de Monterrey which has a rich tasting blend of tobacco and the series runs from full to medium.

You should make sure you light your cigar with an odor less flame because it will not ruin the flavor of the cigar. It is possible that the cigar might go out so relight it with an odorless flame so that the external wrapper burns away. Follow this by using the end of another lit Cuban to ignite the tobacco inside and continue to smoke. Remember the Cuban cigar cannot be inhaled because it is not a cigarette. In fact once you draw on the cigar you simply let the smoke drift in your mouth across your taste buds and enjoy the subtle flavor of the blend of tobacco in your mouth. This is the time when you can actually feel the different blends of tobacco which have been utilized and aged to create versatile and robust blends of Cuban cigars. A good Cuban cigar is generally matured for three or more years and is consumed in small appreciative swigs. Do not combine the cigar with any other liquid because it negates the flavors and blend of the tobacco and actually destroys the craft and scale of the cigar creator as well as the strength and flavor of the ingredients. When you’re done with your Cuban cigar simply let it die down in an ashtray and do not stub it out.