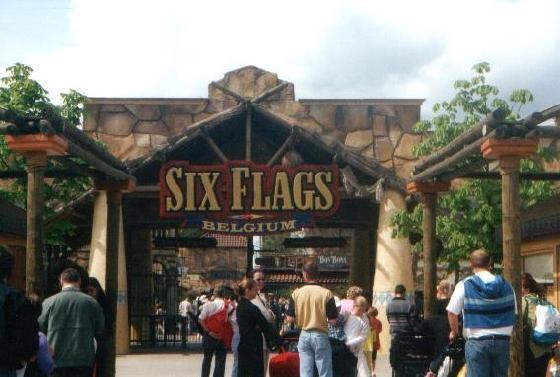 Want to know about Six Flags Belgium? Find out the role that Six Flags Inc has played in Belgium.

Ever since its take over of the Walibi Theme Park of Belgium Six Flags Inc has become a prominent name in the country. This is the name of one of the largest and most versatile chains of themed and amusement parks in the world. There is no other chain that competes with Six Flags in terms of the quantity of land that they posses.

Six Flags has a total of twenty one properties in North America alone. This includes water parks, theme parks and other entertainment centers. In Belgium the organization established its presence by taking acquisition over the premier theme park known as Walibi.

The organization hosts over 24.9 million guests on its various entertainment parks around the world. This however does not make it the largest theme park company. Six Flags currently stands at the fourth spot from the top.

The foundation for this organization was laid down in Texas back in 1961. The initial project by the company featured a gondola ride, a Native American village, pirate themed adventure rides along with Wild West shows.

The entire set up of Six Flags Inc was taken over by the world renowned Time Warner Company in 1998. From 2000 onwards came the rapid expansion of Six Flags in an attempt to branch out into the international market. It did this by acquiring many different properties across the world. Amongst the biggest buys of the company were Walibi and Warner Bros.

The company also acquired the historic Belgian park known as Bellewaerde, Reino Aventura in Mexico and La Ronde in Canada. Six Flags branded three major parks under its name which included the Walibi Wavre of Belgium, Walibi Flevo of Holland and the Reino Aventura.

The rapid expansion by Six Flags however became too difficult to manage. As a result the company started losing money. In order to save the company from bankruptcy they had to sell off quite a few of their assets and also shuffled the management to produce better results. Many big projects had to be closed down but the Walibi Wavre known as the Six Flags Walibi theme park in Belgium remained one of the most profitable ventures of the company.

Till today Walibi is one of the premier money making theme parks for Six flags. In recent years the company has worked to develop Belgium’s premier theme park and it now consists of more than fifty amazing rides.

The park has a special designated area for children featuring around 15 fun filled rides in a magical environment. Along with these amazing land activities Six Flags has also developed a water park right next door adding to the appeal of the Walibi theme park of Belgium. Under the ownership of Six Flags the Walibi theme park has become one of the biggest tourists attractions of Belgium.