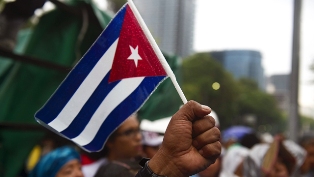 The Cuban democracy act of 1992 aimed to tighten the economic embargos applied on the island of Cuba. The original embargoes included the ban of trading ties between Cuba and American corporations but were further enhanced to encompass any affiliates of these American companies from working with Cuban companies. Secondly, it was utilized to block foreign exchange which was required by the government of Fidel Castro to overcome the loss that they suffered from the collapse of the Soviet Union.

It was the opinion of the US Congress that any funding received by the government of Fidel Castro would be beneficial in delaying economic as well as political reforms in Cuba. The U.S. Congress before publishing the Cuban Democracy Act of 1992 had made certain basic findings after their research and inquiries into Cuban foreign policy and economic and political structure inside the country.

The Cuban Democracy Act of 1992 covers elements like trading, provision of infrastructure, provision of technology to Cuba along with foreign relations and immigration policy towards the Cuban island and its people.

Justification Of The U.S. Congress For Implementing The Cuban Democracy Act Of 1992

The US government felt that the government of Fidel Castro was not following international standards of human rights and denied Democratic rights to their citizens. This was substantiated by highlighting the embargoes and lack of freedom when it comes to freedom of speech, press and any organized demonstration or critique voiced against the Cuban government. The government of Cuba had refused to allow any representative of the UNHCR to visit and investigate any of the human rights being violated on the Cuban island. The U.S. Congress feels that the Cubans would like increased freedom and oppose the government of Fidel Castro consistently by organizing democratic activities or trying to flee the Cuban island for United States and other neighboring Latin American countries.

Furthermore, the findings of the US government claim that the Cuban government spends a lot of money on military equipment and has eroded the lifestyle and well-being of the Cubans. The Cuban government aims to envision military activities throughout the world specially by supporting rogue elements in different Latin American countries, according to the US. The U.S. Congress feels that the government of Fidel Castro has an objective that it is sticking to and will not make major considerations to move the country towards a democratic style of rule. Since the collapse of its main ally the former Soviet Union, the government has utilized different oppressive tactics to suppress any Democratic efforts taken by its populace.

Impact of the Collapse of Soviet Union On Cuban Policies

The island of Cuba was funded by the former Soviet Union and was boosted up with oil and food supplies from Eastern Europe and Soviet Union to create a Soviet ally in the American region. However, this external support did not last long and it is often viewed that the government structure of Cuba has failed to contribute towards the economic and structural growth of the country.

The aim of the U.S. Congress sanctions is to force the Cuban government of Fidel Castro to move towards a democratic way of rules and contribute positively to increase economic and structural development of the country and spur growth in the Caribbean island. The US government aims to pressurize Fidel Castro to respond positively towards this reform and has banded together with its European allies. There is significant social unrest of people and widespread suffering all across the island because there is no sustainable infrastructure, economic stability or social structure for the civilians to follow.