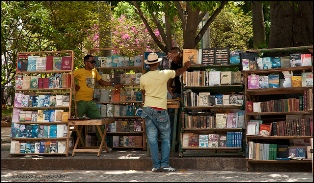 The way of life that is practiced in a particular geographical area has a great influence on the literature of that region. This is because like all other art forms literature reflects the environment of the artist. However this aspect of literature varies according to the social conditions prevalent in the society. A number of things may restrict the true description of the society in literature and one of them could be political censorship as in the case of Cuba. This greatly restricts the writers as they know anything that is too true will not be allowed to flourish. Amongst the other things that restrict the literature of a nation is the level of education. Although you will find the lives of the uneducated to be quite rich with action yet they are left out of the literature as the rich and educated class focuses on their affairs hence producing literary content that is only depicting some aspects of the true nature of society at that time. Racism is another factor that may prevent certain classes from producing literature or even if they produce it, it won’t be allowed to flourish because of the prejudice that exists.

To quite an extent Cuba’s literature has been influenced by all of these things in varying degrees. It is no secret that Cuba is a country that has faced many political crises over the years which have in some way or the other tried to influence the literature of that time. This is done so as to not let the writers speak against the rulers of that time. If such anti state literature is allowed to flourish then that may lead to a revolt on the behalf of the people which was the eventual fate of Cuba anyways. Looking back into history we find that the lives of the Cuban’s were very much influenced by the Spanish. This is because during the 19th century Cuba was a colonial state under the rule of Spain. The literature of that time is quite evident of the Spanish occupation and it reflects the influence that the Spanish had on the lives of the people in those days.

Slavery was pretty much a part of the Cuban culture in those days which is one of the most significant aspects of colonial rule. Due to this trend many black Cubans were uneducated and unable to produce much literature. But this is not the only reason for the absence of Black literature during those days. Even those who could write and did write were deprived of having their works published due to the prejudice that existed against them. This was even more so because their writings would speak about the liberation of the black people and abolition of slavery. There were however some black people that managed to rise above the existing prejudice and make a notable name for them selves. The foremost amongst them was Gabriel de la Concepcion Valdes. He was a mulatto poet who had managed to educate himself and ended up producing some prolific writings most notably on romantic themes although his life was quite contrary to the themes of his writing. He was eventually sentenced to death because of attempting a slave uprising in Cuba.