Are you going on holiday to Cuba? Do you want to know what type of money to take to Cuba? Our guide to currency & money in Cuba gives you the facts & information on how to spend smart in Cuba. 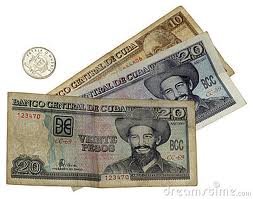 The official national currency of Cuba is the Cuban Peso, also denoted as CUP. It is the basic unit of currency in Cuba which is composed of 100 centavos (cents). The Cuban Peso notes come in denominations of 1, 3, 5, 10, 20, 50 and 100; while coins come in 1, 5 and 20 centavos. The Cuban financial authorities introduced the Cuban Convertible Peso (CUC) in order to remove the circulation of foreign currencies.

Previously, US dollars could be used by tourists in Cuba, but now the CUC forms an alternative as the new tourist currency. Some places accept only Cuban Pesos, while some tourist-related establishments accept only the Pesos Convertible.

US Currency in Cuba

Formerly, the US dollar was like a second currency in Cuba and was widely used by tourists. Even Cubans used dollars to purchase rare and costly things from the black market. But now they are not accepted, and a ten percent commission is charged for exchanging them. On 8th November 2004, national banks introduced the Peso Convertible or CUC to substitute foreign currencies, and its value is very much equal to the US dollar. CUC is informally called ‘chavito’. The rate of changing of CUP and CUC is around 1/24 as of 2010. In order to avoid scams and confusions in the two currencies, money is changed only at banks or official exchange bureaux.

Banks and CADECA (Casas de Cambio) are two official institutions for exchanging foreign currency. Exchanging currency on streets is not at all recommended, as scammers use fake CUC bills or coins. Some of them use old bills as fake CUC.

The banking and ATM network of Cuba has been growing, and Cubans and foreigners can withdraw money at ATMs found in banks and central places all over Cuba and Havana. Though they were not as reliable as in Europe and US, this problem has vanished since December 2004. Money can be withdrawn at banks all over the country, provided the cards are for local use and not issued by American banks. The ‘geografic coverture’, found in websites that sell ATM machines or offer credit cards, gives a list of banks and the related commissions and cards accepted in Cuba and other regions.