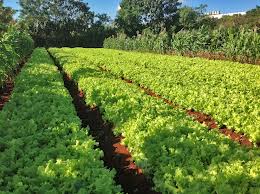 It is easy to see why Cuba boasts a wide range of tropical flora. The warm climate creates an ideal growing environment for many plants that are not found anywhere else on earth. As for export crops, sugar and tobacco top the list, though Cuba also g

When most people think of Cuba, the first plants that come to mind are sugar cane and tobacco. Sugar cane is the most important crop in Cuba, but tobacco is also a substantial contributor to the economy. Though many other geographic places have tried to grow Cuban tobacco, they have never been able to replicate the unique qualities that make Cuban tobacco the best in the world.

But because of Cuba’s location, it is uniquely suited to grow an enormous variety of plants in addition to sugar cane and tobacco. For example, palm trees are grown in Cuba for thatched roofs. Coffee, rice, mangoes, bananas, and citrus fruits also thrive in Cuba’s climate.

The ceibon tree, whose Latin name is Bombax emarginatum is an unusual green-barked tree. It is the most noticeable tree species noted on the upper elevations of the Caballos Mountains. The huge limbs of the tree provide habitats for epiphytic orchids and bromeliads.

The palmita de sierra, or Thrinax microcarpa is a relative of the brittle thatch palm, a small palm with upright, narrow stems. The leaves are divided into several dozen narrow lobes. It produces white, yellow, or orange flowers and is often found growing in soils that have high levels of well-drained limestone.

A type of palm tree called Mycrocycas calocoma is a little palm tree with short leaves and drooping leaflets. It produces large male and female cones and is endemic to western Cuba. It grows in habitats from mountain forests to lowland grassland or limestone. It is considered endangered, mostly because of habitat destruction and because it is not prolific at setting seed. The disappearance of its primary pollinator could be to blame, or perhaps pesticide use.

Cuba also is home to several types of acacia, including the Acacia zapatensis that is only found in Cuba, the Acacia roigii, which is endangered, and the Acacia daemon, which is also threatened. Acacias in general are thorny and the leaves are filled with high levels of tannins. Worldwide, this genus is used for food, gum, paint, perfume, medicine, wood, and for decorative use.

Cuba’s plants are widely diverse, and many of them are rare and/or endangered. The tropical climate is hospitable to beautiful plant life, and it is also an ideal environment for growing Cuba’s two biggest cash crops: tobacco and sugar cane.