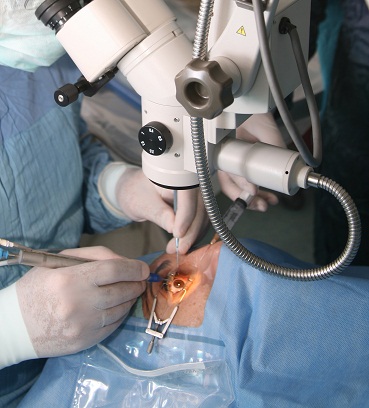 Thinking about going to Cuba for eye surgery? Want to know about treatment methods, procedures & costs for eye surgery in Cuba? Our guide to eye operations in Cuba gives you the facts & information you want to know.

One of the greatest blessings that man is endowed with is the sense of sight. It seems that the Cubans have understood this fact and are doing all they can to make sure people are not deprived from this great blessing. Understanding the nature of the circumstances Cuba realized that there are so many people in and around the island that suffer from eye diseases that can easily be treated. However a great majority of people could not get any treatment for their eyes due to financial restraints. As a result the eye diseases have the tendency to develop into something more serious and eventually turn incurable if left untreated.

Cuba is known to possess advanced medical technology and skilled doctors. In fact it is said that amongst the things that Cuba exports are doctors. The Cuban government decided to start a country wide campaign to provide free eye treatment and surgery to those people who had minor eye problems but no means to get themselves treated. The program actually began in Venezuela and is known as the Miracle mission in English. In Venezuela people suffered due to lack of available resources both medical and financial as an alternative set up by their government in coalition with Cuba they were to be treated under the Miracle mission plan. The patient’s conditions were analyzed and then the ones who needed treatment were short listed to be sent to Cuba where appropriate treatment would be given to them. The whole trip to Cuba along with the hospital accommodation as well as the hospital fees and the medication is provided free of cost. These other wise minor diseases that are relatively easy to treat would other wise be left untreated due to the financial limitations of many of these people.

Cuba’s decision to extend these services to its neighbors has been very fruitful for a large number of people. It is estimated that nearly half a million people from over 28 Latin American countries and Caribbean nations have benefited from the Miracle mission program. This proves that the program has been highly successful on the national and international level. The total number of people to benefit from the program has gone up to 485, 476 with around 290, 000 of this figure comprising of Venezuelans. An analysis report shows that one in every 87 Venezuelans has received treatment under this program and one in every 213 Bolivians along with one in every 60 from Antigua and Barbados.

Initially this whole process was rooted in the Cuban hospitals as these were the only ones that had the proper facilities to perform this type of eye surgery. Under the objective that this program had to be extended surgical facilities similar to those in the Cuban hospitals were developed in other nations. The construction of these facilities was supervised by the Cuban medical authorities. With the result that you now have 13 ophthalmologic centers operating at their full potential from Venezuela. Further more similar facilities have been developed in Ecuador, Guatemala, Honduras, Haiti and Bolivia. A growing number of people continue to benefit from the Miracle mission as it crosses its borders.