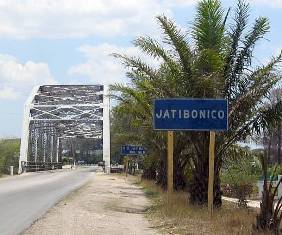 The Sancti Spiritus Province in Cuba is home to the city of Jatibonico which functions both as a municipality as well as independent city in this region. It is actually one of the nine municipalities falling in the province of Camaguey which is on the south western end of the province.

Jatibonico is a city which covers 1.418 km² of land and is bordered on the eastern side by the Ciego de Avila municipality and touched by the coastline of the Gulf of Ana Maria on its south. On the east of Jatibonico you’ll find the province of Las Villas.

The Jatibonico municipality boasts a population of more than 20,000 people and comes under the jurisdiction of Ciego de Avila. The electoral districts in the city were known as neighborhoods and included urban as well as rural areas along with neighboring villages and towns under the combined jurisdiction. The neighborhoods were divided on the basis of electorates. The head of the municipality was considered the city of Jatibonico and a lot of progress has been achieved in a short time in terms of developing this municipality. Since the city is towards the center and closer to the foot of the main central highway that runs through Cuba, it has developed progressively because the exchange of goods is relatively easy in this town and access to public utilities is more developed and widespread.

The Topography of Jatibonico Cuba

The general terrain in this town is flat and has the northwest region which has marshes in its area along with some low-lying hills of the Sierra de Matahambre when you enter it from Santa Clara. The river Jatibonico runs from North to South thereby irrigating the land of this Township. There is an abundance of lime stone in the numerous caves in this town as well as various kinds of natural wood which can be utilized as a trading commodity and is a good strong backbone for the economy of this town.

The North Side of the Jatibonico Cuba River

The River runs on the north side and rises from the foot of the Sierra Jatibonico Mountain Trail. If you follow this direction and trail you can see that the river disappears for approximately 4 miles and in fact runs underground. The exit is formed by several waterfalls which run in a parallel line along the north coast of the city. It runs on the boundaries of two of the provinces which neighbor the city of Jatibonico which are the Las Villas and Cabaiguán Yaguajay on one side as well as the Morón Camagüey Jatibonico on the other side. This river runs its course through all 95 km of terrain and then drains out into the Caribbean Sea.

The South Side of the Jatibonico Cuba River

The River runs in a southward direction from its inception in this region and demarcates the borders of the Camagüey province along with that of the Las Villas municipality. The river flows for approximately 115 km, flowing east of the Sancti Spiritus province as well as the Cabaiguán municipality.