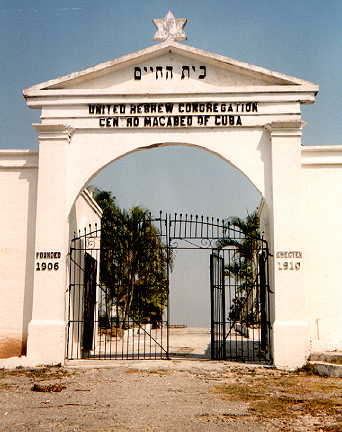 Want to know about the Jews of colonial Cuba? Read on to discover how the Jews in Cuba fared for centuries in the Caribbean…

Cuba has a small population of Jews and most of them hail from converted European settlers who entered the island city in the year of 1492. One of the most prominent descendents of the Jews in Cuba was Luis de Torres who was the commander of one of the expeditions sent out by Christopher Columbus to discover the Caribbean region.

Persecution of Jews in Cuba

The Spaniards were in full force when carrying on with their Conquest of Cuba and other regions to mine it of its rich natural resources. It was during this time that one of the colonial governors called Hernando Alonso, who was also a soldier of Cortes army, was actually arrested by the Spanish Inquisition in the year 1528. His crime was that he sang a psalm during the baptism of his child and this psalm referred to the presence of Israel in Egypt.

Primary Migration of Jews in Cuba

Jews in Cuba Thrive after the Independence from Spain

The present Jews in Cuba do not hail from the Jews of 18th-century and actually started establishing their tribe and community after Cuba achieved independence from the Spanish conquest. When in the 1940s the principle of freedom of speech and freedom to practice religion in safety and security was promulgated across the board the legal status of Jews was established in Cuba. The Jews were always considered lowly even though this discrimination was not reflected or purported as a principle across the country.

There was an unfortunate underlying tone where Jews in Cuba were taxed heavily and marginalized in terms of employment opportunities. With the Cubanization of industry and agriculture in Cuba the government in 1933 passed legislation that required 50% of the employers to be native Cubans.

One can also partly trace back the establishment of Jews in Cuba as an aftermath of the Spanish-American war of 1898 as well as the war of Independence fought by Cuba against the Spaniards in 1868. The Florida Jews were active supporters of the liberation movement that was popular in Cuba and started settling down in America by the late 19th century and in the 20th century they went on to establish a synagogue as well a cemetery.  Before the First World War there were many marginalized Jews that started migrating from Turkey.

The main reason for this influx was that Cuba was utilized as a transit route for those Jews headed towards North America. These immigrants were found abundantly in the Caribbean islands from the period of 1920 until 1925. By the year 1925 American immigration laws had become very strict and majority of the Cubans who were left behind and could not migrate to America was mainly because of the tight immigration laws being followed by America.

The Jews in Cuba were involved mostly in import and export of trade commodities like sugar and tobacco as well as indulging in farming the land with tobacco. Most of them were well-off and those who were not greatly benefited from the economic boom which Cuba saw right after its independence from the Spanish conquest.