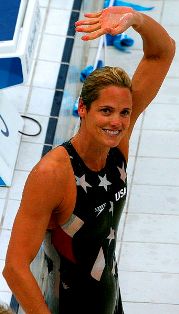 Although Cuba and America have had quite a few tussles when it comes to political standings in the world a considerable amount of the Cuban population managed to migrate to America and become well known. In fact Cuban American personalities are held in honor in quite a few fields of human life. They have managed to show that Cubans can be good at anything they do. Originally the Cubans migrated to the United States in search for better employment and standard of living. Now you will find that Cubans have established themselves as a prominent part of the American society.

In the arts and literature we have Lydia Cabrera who is known as one of the most prominent writers and scholars from Cuba. This prolific writer spent many years in Miami in exile and was known for editing many folklores. Ricardo Pau-Llosa is another famous Cuban American who was a poet as well as an art historian. The literary historian Perez Firmat happened to be a specialist in Hispanic vanguard Novels.

In the art of literature the Cubans have had quite some success. The fiction writer and journalist Cristina Garcia is best known for her work Dream in Cuban. The Pulitzer Prize winner Oscar Hijuelos is another Cuban from New York to have made it big in the field of literature.

Cuban Americans have also made a considerable contribution in the field of medicine. The founder of the Camillus Health concern in Miami is a Miami born Cuban known as Dr. Pedro Jose Greer Jr. He is known for his services to the poor and homeless and is credited with forming a curriculum that focuses on the medical needs of the homeless.

When it comes to the business side you will find that the corporate sector is home to some of the biggest names of Cubans who happen to be in reputed positions. Take for example the Havana born Roberto Goizueta who was the chief executive of Coca Cola. Another famous Cuban American in the business sector is Jorge Mas Canosa who was initially a business man and later became the chairman of the Cuban American National Foundation. He also rose to the position of president in his own company and a member of the advisory board for the U.S sponsored radio broadcast to Cuba.

Many Cubans have made it big as entertainers in the film and T.V business. The famous T.V show ‘I love Lucy’ had Desi Arnaz who was actually a partner in producing the show. Many other Cubans have been nominated for Grammy awards like Maria Conchita Alonso. Andy Garcia is one of the most famous names in the film industry and he too as nominated for an Oscar.
In the music business the Cubans have quite a few names such as Gloria Estefan and Celia Cruz.

Famous Cuban American Sportsmen
Sports are also an area where the Cubans have managed to get in and make a big name for themselves. Tony Oliva was a baseball outfielder for Minnesota. Tony Perez and Jose Canseco are other famous Cubans in the sport of baseball.