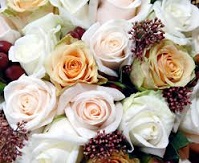 There are a number of different flowers that were considered to be very important by the Egyptians. Of course the availability of flowers also affected the choice that they made. Two  of the most important flowers that were commonly used in Egyptian flower arrangements was the lotus flower as well as the water lily. These particular flowers had immense religious significance for the Egyptians. They associated it with the Egyptian goddess Isis and hence the flower was considered to be sacred.

The palm tree and papyrus plant were also very important for the Egyptians. These two also had religious significance and were associated with other Egyptian deities. A number of other flowers can be found buried in Egyptian tombs from ancient history. The concept of making garlands of flowers was also present in the Egyptian culture as archaeologists have been able to find examples of flower garlands that were buried along with the dead. They had the same concept of leaving flowers at the burial sites of their loved ones as is practiced today. Some of the most commonly used flowers for making garlands and flower arrangements include roses, the narcissus, the Iris Sibirice, the poppy flower anemone and the delphinium.

This ancient practice has had a profound effect on the culture of Egypt. Flowers are an important part of people’s lives in Egypt even today. You will be able to find an overwhelming amount of flower shops scattered across the country which goes to show that the ancient tradition of making flower arrangements and garlands is still popular today. The bulk of the flower gardens are situated close to the River Nile which provides a lush and fertile ground for the growing of a wide variety of flowers.