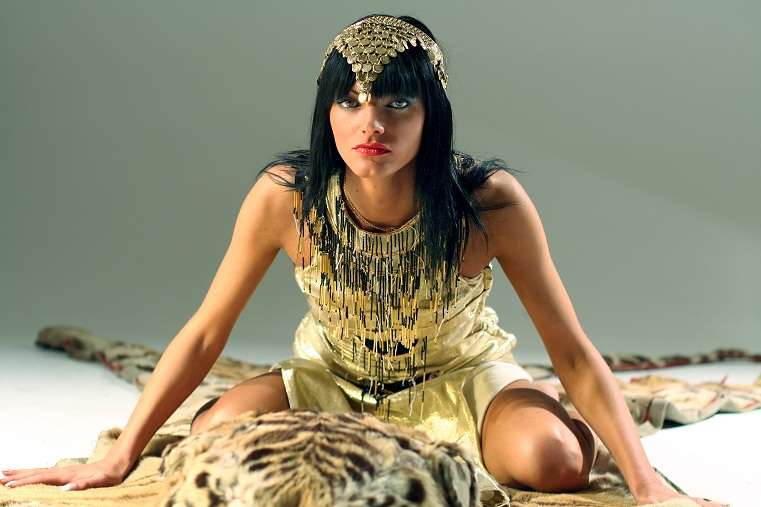 Want to learn more about Egyptian headdresses? Read on for facts and info on the various different headdresses sported by different Egyptian deities…

Almost all ancient Egyptian deities that formed part of the pantheon were depicted as wearing some sort of headdresses. In fact these headdresses would often be the sole distinguishing factors in the different gods and goddesses.

Some of the most popular Egyptian headdresses worn by various Egyptian deities are as follows:

This Egyptian headdress was made up of two plumes that were raised thereby forming a short crown. A number of different deities have been shown sporting the Amen headdress with some variation. For example when the solar deity Amen-Ra was shown wearing this headdress it would have the sun disk between the two plumes. Horus is also depicted as wearing the same headdress.

This was one of the more elaborate designs of ancient Egyptian headdresses. It was made using ostrich feathers and in other cases it would be made using reeds as well. It had a very tall structure and would spread out from the top. The ostrich feathers would stand outwards at the tip of the headdress. It is believed that this particular headdress was developed in Nubia.

Khonsu featured a headdress made using the moon. This headdress was sported by deities believed to have lunar associations. This is why it was depicted with a lunar disk or a crescent moon on the head. It was one of the simpler designs used by the ancient Egyptians.

The Headdress of Ma’at

This was perhaps one of the most important headdresses for the ancient Egyptians. Although simple in terms of construction the headdress was of great significance as the deity known as Ma’at was associated with afterlife. It featured a tall ostrich feather that would be extending out of a hair band. The feather was meant to symbolize truth and has been in use since the pre-dynastic times.