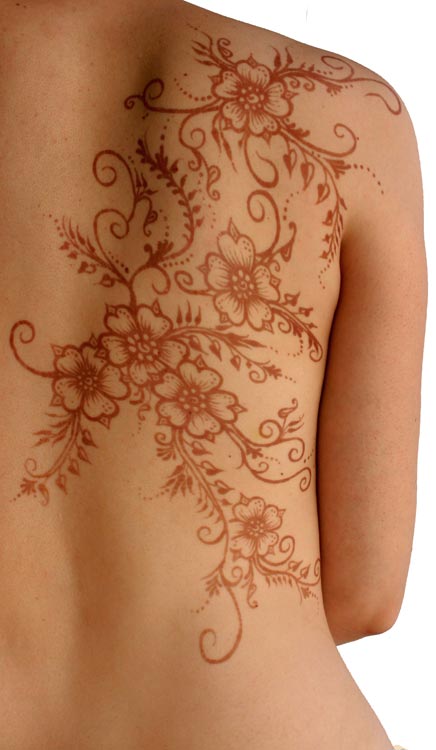 Want to learn more about Egyptian henna? Read on for facts and info to learn about how the Egyptians made use of henna for cosmetic and medicinal purposes…

The mention of henna can be found in an ancient Egyptian book known as Ebers Papyrus. This book was written back in 1550 BC and consists of a total of 876 remedies and special formulas developed by doctors during that time. The book is a compilation of notes from various different sources describing injuries, diseases, symptoms as well as treatments and prescriptions. It also gives a detailed account of how to prepare these remedies and administer them for different conditions.

The book contains a list of about 400 plants that were used to create remedies. One of them was henna and back in those days this plant was known  as Cyperus and Kupros. It is believed that the ancient Egyptians made use of henna in seven different forms which were relevant to the site from where the plant was cultivated, the particular part of the plant that was used and the age of the plant.

The different kinds of henna are classified as “henna from the fields”, “henna from the north” and “henna from the meadow”. This title specifies the location from where the henna has been harvested as well as the moisture levels and the soil in which the plant was grown. Moisture and soil were the two most important factors that influence the Lawsone levels of henna. Furthermore the book goes on to specify the different parts of the henna plant that were used for creating different remedies. These included the knots, thorns and grasses of the plant.

The Egyptians developed a number of different remedies making use of the henna plant. Amongst the many different remedies was one that was used to treat scabs on the limbs. These scabs could refer to fungal skin diseases such as ringworms. Henna would be used to permanently stain broken skin. This particular remedy utilized the knots from the henna plant cultivated from the marshes and the fields. It was crushed and then mixed with oil, semen and goose oil.

Another Egyptian henna remedy was produced for the treatment of itching limbs. This remedy consisted of henna from the Meadows mixed with onion meal, wild date juice and incense. One of the most common complaints amongst the Egyptians was that of disease toes. Henna was used to create a very effective remedy for this problem as well.