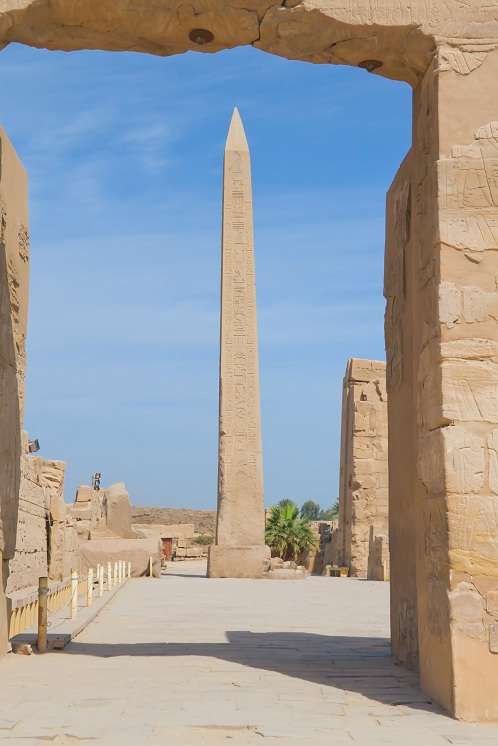 Want to learn more about Egyptian Obelisks? Read on for facts and info on these ancient Egyptian monuments now scattered all across the world…

Amongst the many distinct symbols of ancient Egypt is the obelisk. This is a unique four sided monument that stands tall and ends with a pyramid-like top. The oldest of Egyptian obelisks were considered to be monolithic in nature where as the more contemporary obelisks can be seen made using individual stones and in some cases they may even have specially designed interior spaces.

The meaning attached to Egyptian Obelisks varies according to the way in which it has been constructed as well as the time period. For example the Obelisks that have inscribed sculpted stones incorporated in their construction are known as stele.

With the advent of the Enlightenment era their developed a strong association of Egyptian culture with mortuary arts. As it is Egypt is generally associated with great antiquity and Obelisks are now being considered to be a symbol of timelessness and memory. Today American and European cemeteries are adorned with many smaller monuments made according to the same style. Egyptian Obelisks also had a mathematical value and their volume was given in geometry as (n-1) tuple.

The use of Obelisks has been prevalent amongst the Egyptians since the earliest dynasties. The oldest style of making use of Obelisks used to place them in pairs in front of important temples.

The name “Obelisks” is actually of Greek origin rather than Egyptian. This is because the first traveler to ever write about these unique Egyptian monuments was from Greece known as Herodotus.

Archaeologists have been able to find a total of 29 ancient Egyptian obelisks that are still standing today. A number of other unfinished obelisks have also been found in various regions of Egypt. Today this historical monument can be found many regions across the world.

Archaeologists have also been able to discover the first temple Obelisk ever erected by the Egyptians. It is nothing less than a miracle that this temple Obelisk still remains standing in its original position today. It measures a total of 70.7 m in height and has been made using red granite weighing in at 120 tons. It belonged to Sensusret 1 from the XIIth Dynasty and is located at Al Matariyyah, Heliopolis.

This particular obelisk was meant to symbolize the Sun God Amon Re. In the dynasties that were to follow the Association of the first Obelisk was transferred to the sun disk, Aten. The Egyptians believed that this particular deity lived within the structure of the Obelisk.

Egyptologists believe that the ancient Egyptians actually derived the shape of the obelisk as well as the pyramid from a natural phenomena inspired by the setting of the sun in the sky. It was an astronomical phenomenon that had been overlooked by previous civilizations which the Egyptians took into account when developing these historical structures. The Egyptians believed that the Obelisks were made up of sun pillars and zodiac light.