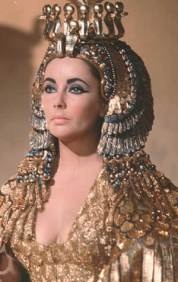 Most of us are aware of the concept of vampires as introduced to us through the silver screen. The typical vampire is characterized as a blood sucking night creature with sharp fangs. However this is not a new age concept in reality because vampires have their ancient origins in Egyptian mythology.

The Egyptians were known to be polytheists and one of the gods, rather goddesses that they used to worship had a character quite similar to the modern-day vampire. Sekhmet was the name of the goddess that was known to drink blood. Historical records have shown that Sekhmet was considered to be a warrior goddess in Upper Egypt. The Egyptians would depict her as a lioness that had a reputation of being Egypt’s most fearless hunter.

The Egyptians also believed that the desert had come into being because of her breath. She was considered to be a protector during times of war by the pharaohs and was also regarded as being the deliverer of guidance.

With the passage of time a group of Egyptians actually developed a cult which consisted of devotees to the blood drinking Sekhmet. The cult started to gain prominence and during the 12th dynasty the pharaoh actually shifted the capital of Egypt to a location known to be the center for this cult. This was the city of Ijtawy. It is well known that in ancient Egypt the governing powers, Royal bloodlines and religion were all strongly linked together.

The same goddess was also known to be a soldier deity. She can actually be seen wearing a solar disk in many of her depictions. Consequently she was associated with attributes like justice and had the responsibility to keep order. Almost all her visual depictions show her dressed in the color red which symbolizes her connection with blood. The eye of Horus, Bast and Hathor were also other prominent deities that were associated with the blood drinking goddess.

Various other powers were attributed to this goddess. These included the ability to bring disease as well as its cure. In fact mention of Sekhmet can also be found in historical records made by ancient physicians. Priests of the time also associated the goddess with doctors.

After every battle that cult of devotees to this deity would celebrate an elaborate Festival to appease their goddess. Annual festivals were conducted at the beginning of each year where participants would intoxicate themselves along with which dancing and music were a common part of these festivals. It was believed that through these actions the Egyptians could appease the goddess because of which their opponents would face destruction.

It is based on the character of the Goddess Sekhmet that the modern-day concept of vampires has evolved. Of course the way vampires are depicted in movies has been altered to appeal to the modern masses but in its essence the phenomenon of a blood sucking night creature takes inspiration from this ancient Egyptian vampire like creature.