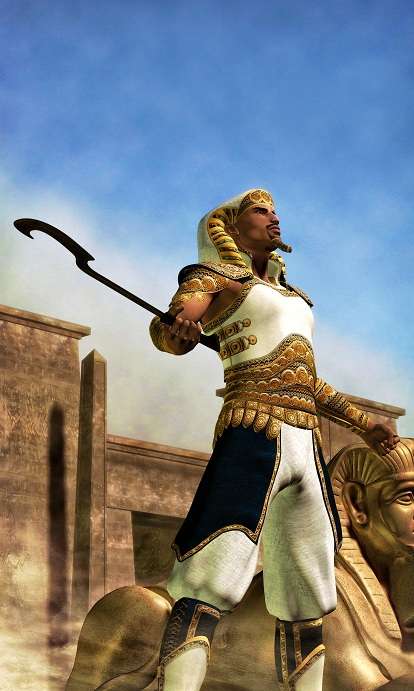 Historically Egypt has not been a very aggressive nation and was not known for its participation in wars. Nonetheless they always maintained a very well organized army that was ever ready to take on any opposition that may arise. The ancient Egyptian army was organized according to a highly advanced hierarchy which included both soldiers and warriors.

The Egyptian warriors were at the top of the pyramid. They were considered to be the elite group of the army and formed the backbone for the Egyptian armed forces. The Warriors were given the title of “Braves of the King” in respect of their status with the King. This elite group was responsible for leading and guiding the entire army in the battlefield. They would plan all the strategic attacks and personally led all the important battles.

The king would always have a special group of Egyptian warriors that would serve as his personal bodyguards. These warriors would accompany the king wherever he would go even during overseas visits. Their job was to protect the King’s life by laying their own lives on the line. Needless to say Egyptian warriors were highly skilled both in terms of fighting on the battlefield as well as strategic warfare planning.

Soldiers of the Egyptian Army

On the other hand Egyptian warriors were also free to sign up with the Army out of their own choice. In general this consisted of members of the upper class from the Egyptian society. Such individuals were believed to have a good chance at becoming officers and utilizing their professional skills to lead the foot soldiers of the Army.

Weapons Used by the Egyptian Army

The larger chunk of the infantry was armed with the conventional weapons that were being used at the time. This included, for the majority swords and shields whereas spears along with the bow and arrow were also amongst the list of weapons used by the army personnel.