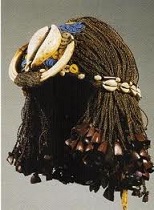 Want to learn more about the Egyptian wig wearing culture? Read on for a historical overview on the tradition of Egyptian wigs through history…

The use of wigs was common amongst ancient Egyptian men and women. They would make use of human hair to create wigs in many different styles and employed different techniques to create both simple and elaborate wigs.

For the Egyptians maintaining a prim and proper look was imperative. The way an individual handled his hair was of great importance. The Egyptians had a totally different concept with regard to the wearing of wigs. Conventionally anyone sporting a wig would not want others to find out that it is not his or her natural hair. The Egyptians however made no attempt not to let others find out that they were wearing wigs. This fact can be analyzed by looking at some ancient hieroglyphics and paintings that clearly show the difference between natural hair and wigs that were worn by the Egyptians.

It was a common tradition amongst Egyptian men and women to shave their heads and then wear different kinds of wigs. In the new Kingdom priests were required to shave off all the hair present on their body for cleanliness purposes and to prevent themselves from being attacked by lice which was considered to be very condescending with respects to the responsibility they were charged with.

It was not necessary for Egyptian men and women to wear complete wigs. Rather in many cases they would keep their original hair while adding some curls and false plaits. The use of wigs was common amongst all social classes and even the poor people would make use of both full head wigs and add-ons. The wigs used by the royalty and the people of high status were based on a very complex design. They comprised of intricately braided hair and strands. In general all Egyptian wigs would be made using human hair. However some exceptions have been found wherein which vegetable fibers have been used to create the padding beneath the surface of wig. This helped to produce wigs that appeared to be more full and thick.

It was common for Egyptian women to wear extremely long and heavy wigs that were full of braids. Such wigs gave them a more sensual appearance. The wigs worn by men were generally much shorter as compared to the wigs worn by women. However in terms of styling Egyptian men’s wigs would be far more complex. It was a common custom amongst the Egyptians to wear elaborate wigs on public events and banquets. They would also scent their wigs in order for them to be smelling nice as well.

The fashion trends associated with Egyptian wigs kept changing over time. For example in the old Kingdom it was common to find men and women with short hair upon which they would wear the wigs. With the passage of time hair styles got more complex and the wigs started getting longer. The Egyptians also adorned the wigs using ribbons and flowers.