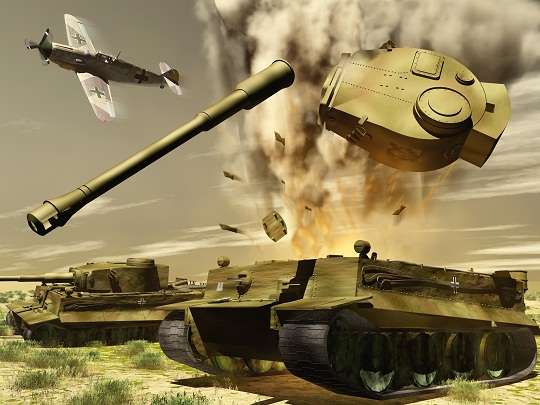 The order of battle for German 1st Panzer Army was a very vital strategic decision taken during WW II. Read our guide below for more information…

The 1st Panzer Army, an armored formation of Nazi Germany, consisted of tanks and was deployed at the time of the Second World War. On formation it was called Panzer Group and became operational on 16 Nov 1940.

1st Panzer Army was deployed till 1941 in German occupied France. They were a part of the second Army that participated in the invasion of Yugoslavia in April 1941. It was able to smash the 5th and 6th Armies of Yugoslavia before it entered Belgrade.

It then became Panzer Group I of Army Group South during the commencement of Barbarossa operation. Panzer Group 1 comprised of XIV, XLVIII, III, and Corps having 5 Panzer divisions. It also had 4 SS Divisions that were motorized and had 799 tanks. Panzer Group I was expended to 1st Panzer Army after the fall of Kiev on 6 Oct 1941. Field Marshall Von Kleist hesitatingly attacked Rostov.

The Von Kleist Army Group came into existence under the command of Ewald Von Kleist in January 1942. It played an important role in combating the attack by the Red Army during second Kharkov Battle in May the same year. This Group was disbanded the same month. 1st Panzer Army then was brought under the Army Group “A”. It led an attack into the Caucasus and captured oilfields in Grozny and Baku.

Its offensive was ceased at Caucasus. Von Kleist was appointed the commander on 21 November 1942. The Red Army initiated a triumphant offensive against the Army Group “A” when crushing defeat was being faced by the German Sixth Army at Stalingrad. It was evacuated in January 1943 before being cut off at Kuban. In February next year, it was withdrawn into Kuban area. Army Group “A” withdrew from West of Don River and remaining force was also withdrawn from Caucasus to Kuban area.

It got surrounded by Soviet fronts by July 1944. It succeeded in protecting most of its men but lost heavy equipment. 1st Panzer Army, a very large Army at the time of formation, was shrunk considerably by spring of 1944. It was withdrawn from Poland and Ukraine later during July 1944 before getting involved in fighting Army group A for battle of Dukla Passin Slovakia.

During its entire existence, the 1st Panzer Army remained deployed on the Eastern Front. Later it was finally disbanded on 08 May 1945.