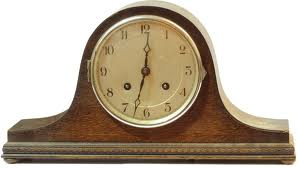 Interested in German clockmakers? Learn more about the German clock makers and their contribution to classic time piece creation…

Some of the finest antique clocks and watches were produced in Europe and Germany was regarded as  the center of excellence. The clockmakers were based in Southern Germany in Augsburg and Nuremburg. By the 16th century the mainspring mechanism was established, thereby spurring the development of small table clocks. They were used domestically and this increased the number of clockmakers to cater to the demands of the rich and wealthy.

Among the most amazing inventions in terms of the time pieces, German clocks are ranked very highly. The amazing portable clocks were extremely distinct and notable and brought the industry in the forefront. The portable clocks were very easy to move around and most of the clocks were spring-driven with the cases crafted from gilded metal. The most popular shape was a square clock and it had a horizontal dial on the top.

The engraving or cast ornamentation provided a decorative pattern on the side of a  majority of the clocks from the early 17th century. These clocks used to have one hand but when the spring balance was invented it allowed for more precise timekeeping with the minute hand sometime in 1680.

Some of the most complex German clockmakers invented the church clock. The tabernacle clocks resembled the structures of the Church and had the spires and finials. These were finished off with one dial on each of the vertical surfaces. The purpose was to indicate the time, the waxing and waning of the moon and the calendar for the feasts of all the major saints.

Since the early 17th century the Black Forest region in Germany has been popular as the prime clock making center and was home to the newly invented and hand carved Cuckoo Clock.

Some of the most famous German clockmakers include Franz Ketterer, Gustav Becker Clock Company; Freiburg in Schlesien, Silesia from 1850 to 1935 and the Hamburg American Clock Company along with Winterhalder and Hoffmeier.

The German clockmaker Franz Anton Ketterer was considured to be one of the founding fathers of the clockmaker industry from the German region of Black Forest.
He is remembered as one of the first makers of the cuckoo clock in Germany and the family continued to carry on the business after the demise of the founding father.
Another popular German clockmaker was the firm of Winterhalder and Hoffmeier, also based in Black Forest Germany. They were reputed as creators of fine Victorian clocks. Whether it was the tall case or the grandfather clock manufactured by the company around the 20th century, each of them were marked with the insignia of W & H Sch. The firm was founded in Schwarzenbach in the 18th century by the German clockmaker Nicholaus Winterhalder. He was the pioneer for a leading dynasty of a family of clockmakers and was shortly joined by Anton Hoffmeier around 1850. In the 19th century antique clock makers were concentrated in Germany and reconstituted to the craft of creating classics timepieces.