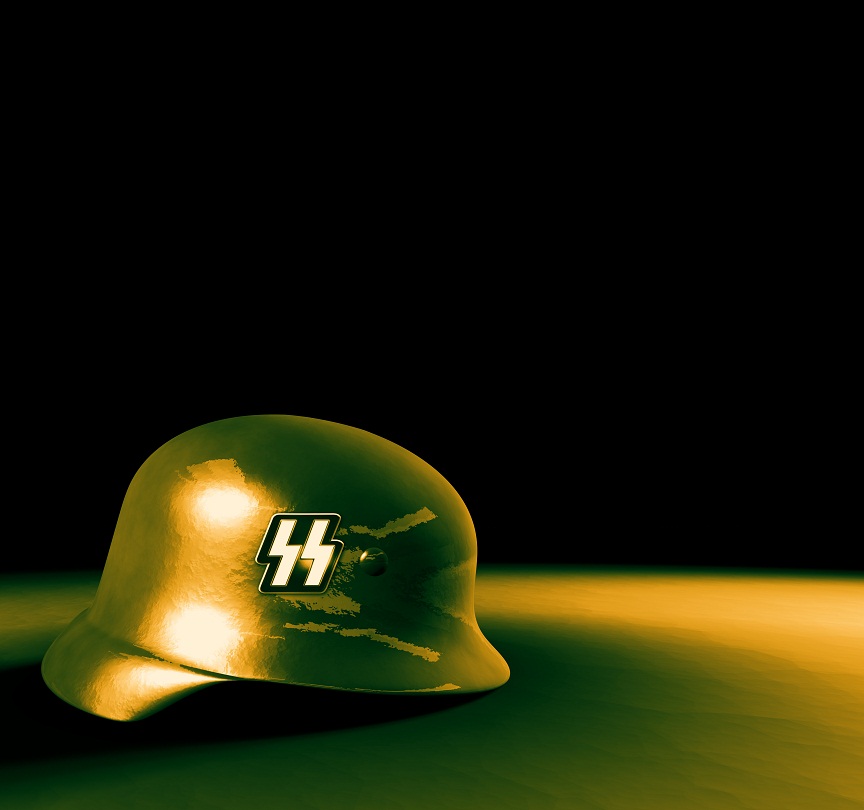 Today there are many reproduction SS helmets available. With the rise of the domination of Hitler the SS became powerful with its high-handed activities. The decals on the basic black helmets are very simple and easy to recognize. The initial ones were narrow but the second panel decal had thicker strokes.

Basically the SS insignia sees the SS translated into angular lightning bolts on the insignia. This is not necessarily present on all the SS helmets issued to the troops. However, each SS helmet has the chinstrap and a liner along with a liner band inside.

History of the SS

World War II is often synonymous with the SS, which were the small guard unit details organized under Hitler soon after World War I ended and he started rising in power. The early days of the Nazi party, which was known as the National Socialist Worker’s Party or the NSDAP, saw the use of these headquarter guard units called the order Stabswache.

Role of the SS Guards

They were established in order to protect Adolf Hitler from all the other members of the existing Nazi Party.  There were many power struggles within the party. Out of fear of being challenged and assassinated by one of the members, Hitler authorized a special unit of 30 bodyguards in March 1923 that had to swear loyalty to him alone.
Helmets of the SS German guards

Since the German guards were a secret group of highly trained bodyguards they had a variety of helmets. The guards of the SS had been issued the early transitional model initially, and the black painted helmets from the World War I were what they used.

Subsequently they were issued combat helmets that included but were not limited to the M1935, M1940, and the M1942 models.  Most of these helmets did not have any insignia, but some of them did carry the insignia of the SS. This was normally recognized as two streaks of lightning bolts in white printed on a black background.

Rise and Fall of the SS

When Hitler was released from prison he reorganized and strengthened the Nazi Party, which had become increasingly weak and lacked strong members. In March 1925 he went on to establish compact protection squads known as the Schutzstaffeln.

The aim was to guard Hitler and other Nazi leaders. In fact, one of them was specifically dedicated to the protection of Hitler and therefore named SA or Standarte Adolf Hitler.

With the passage of time, especially during the years 1923 and 1929, the Schutzstaffel units were abbreviated and called the SS. The size and number of people who were dedicated to this unit subsequently started increasing. However, the members were often considered very unimportant by other leaders and members of the SA.

Unfortunately, they had poor leadership. This led to a drop in the morale of the SS troops. When Hitler saw that the SS would be overthrown by the SA in the year 1929 he ordered Heinrich Himmler to take on direct command of the SS. By reenergizing the SS with proper uniforms, their own insignia and boosting their morale, Himmler revitalized the ranks of the SS and challenged the power of the SA.