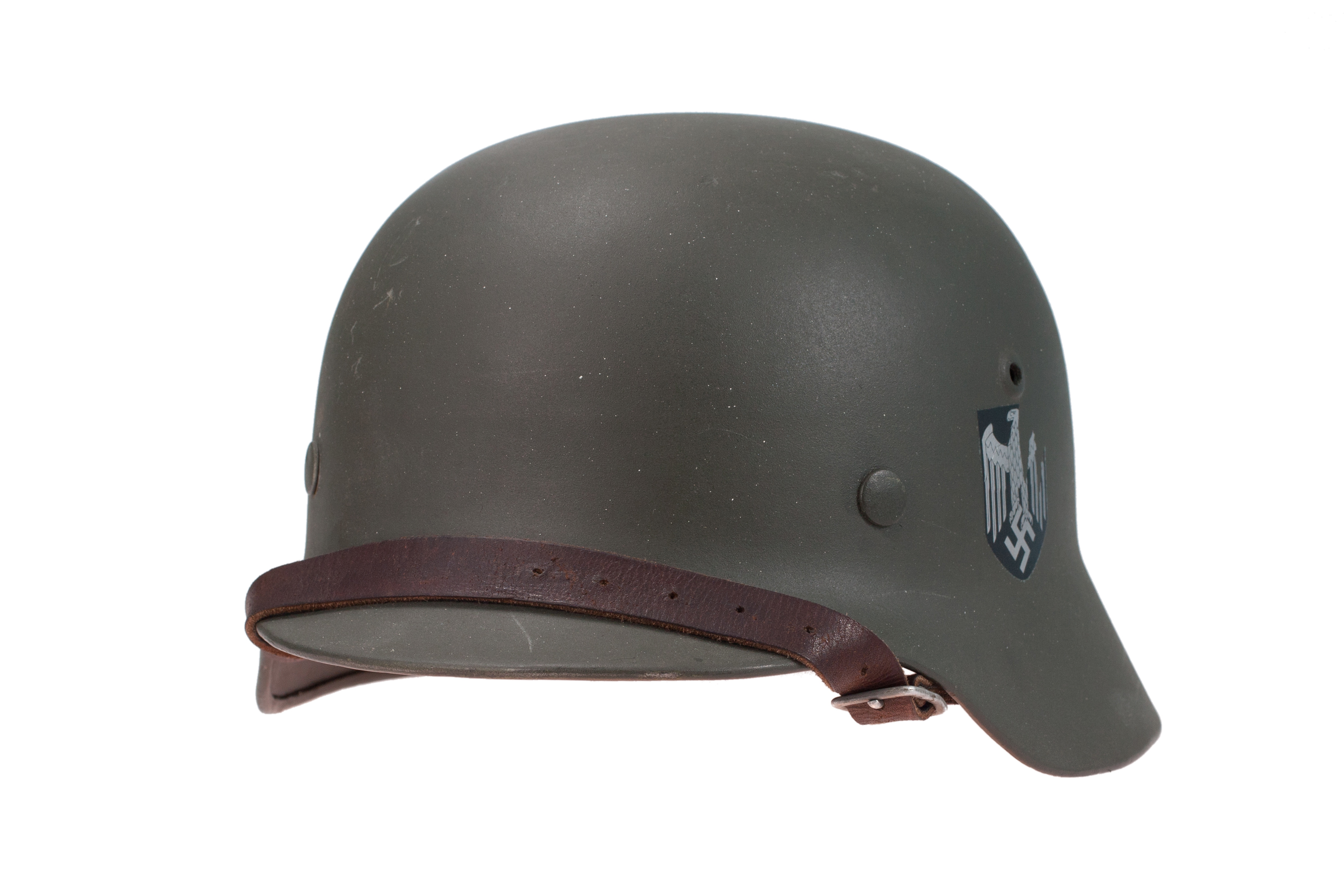 The latest foray into German helmets is perhaps the collection of German relic helmets. However, the helmets are in conditions of deplorable decay and it is difficult to preserve them. Worth hundreds of dollars, the helmet often crumbles within the lifetime of the owner.

However one wonders what the best method of preserving them might be. The main reason why one would want to preserve them is to retain the original value as well as historical interest. The first consideration is how to store the helmets.

The helmets are dirty and rusty inside and out because they have been underground for many years. Due to this, their condition is difficult to handle. However, it is not impossible to do so. The first thing to do for a recovered helmet is to clean it with soap and warm water to ensure that all the soil and any contaminating materials on the helmet are removed. Since water is utilized it is imported to use treatment to get rid of any specks of moisture which might cause further rusting. It is common knowledge that rust is formed after water mixes with oxygen. Once the helmet is clean it should be stored in a transparent plastic bag and completely sealed to prevent any interaction between the metal and moisture in the air.

You can only leave the helmet exposed in open if the condition of the home is balanced. There are some areas near the ocean or sea that are highly prone to rust. Therefore, it is best to keep them stored and sealed inside quality plastic bags. In order to keep it in the open the temperature must be no more than 70°F and the moisture content or humidity should be no more than 70%. It is sad to see that many expensive relics have crumbled and broken because the rust has eaten through them and corroded the metal over the years.

Interesting helmets have been found lying on foot paths in Holland. The German assault lines were established in the city, and when they were leveraged against the British airborne forces during the battle of Arnhem in September 1944, the foot paths were used. One helmet that was shattered by a bullet during that time was been found in 2001.

The treasure hunters also are looking for the find of the decade simply to get a small amount of money for each piece, rather than searching for one large relic that is worth thousands of dollars. An interesting point to note is that the relic helmets are in advanced stages of decomposition so they won’t really last very long. If you cover them up with acrylic or antirust coating it nullifies their authentic and original value. Therefore it is really a catch-22 situation when thinking of investing in a German relic helmet.