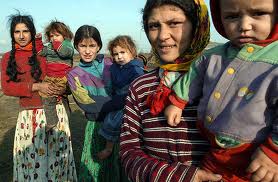 Hungary is an average sized country located in central Europe with a population of between 10 and 11 million people. The population of Hungary is composed of several different ethnic peoples, which are mentioned below.

The Magyar people make up the majority of the population of Hungary. The Magyars are an unusual people in that little is known about their origins although it is widely held that they are originally from Asia and settled in the Carpathian basin which is today Hungary at some point during the 10th to 11th century. What is particularly strange about the Magyar people, who are experts an horse riding in Hungary, is that their language is not Indo- European like all other languages in Europe and many in Asia, which casts further mystery around the origins of the Magyar.

The Gypsies are probably the most notorious ethnic minority that are part of the total population of Hungary. The Gypsy population number about 250,000 and are the most deprived and under privileged section of the population in Hungary. They have traditionally suffered a stigma of being untrustworthy and all too often have become the scapegoats for other wider social problems, not only in Hungary but other Eastern European countries where they are found.

Other ethnic minorities in Hungary

Magyar population outside of Hungary

Because the Magyars are the dominant people in this particular region of Central Europe there is a large section of the Magyar community that actually live outside the borders of modern day Hungary.  There are believed to be approximately 5 million ethnic Magyar people living outside of Hungary. The largest non Hungarian Magyar population is to be found in Romania where they number about 2 million. There are believed to be over one million Magyar people living in Slovakia and Yugoslavia.