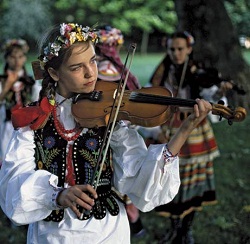 Are you going on holiday to Hungary? Would you like to know about the history of Hungarian music or where to see live music in Hungary? Our guide to music in Hungary gives you the facts & information you’ll want to know.

Hungary has a fairly rich musical history as well as a vibrant contemporary music scene. Below we’ve mentioned some of the main genres to be found in Hungarian music.

The father of opera music in Hungary is Fenenc Erkel who lived in the 19th century and established this genre as part of Hungarian musical heritage. His most notable musical contributions include Laszlo Hunyadi and Bank Ban which are still played at Opera houses in Budapest today.

Although not immediately thought of as the home of European classical music, Hungary has, nevertheless made significant contributions to the world of classical music producing a few noteworthy composers. The 19th century saw the rise of a few Hungarian classical music composers whose works have been kept alive to this day. Franz Linszt is one such person who among other works is best known for his Hungarian Rhapsodies which were a mix of classical and Hungarian gypsy influences. He established the Budapest Music Academy which became a beacon of musical influence in Hungary throughout the 19th and 20th centuries.

The origins of traditional ethnic Hungarian gypsy music date back to the independence war of the mid 1800’s. This type of music was primarily to arouse the emotions of the crowds and encourage them to join the army. Hotels and restaurants all around Hungary typically play this music which includes two fiddlers, a bass and a Hungarian instrument called a cymbalom.

Hungary has a long established Jewish community dating back centuries and the origins of Yiddish music as it is known today date back to the First World War. Although the Jewish community was largely decimated during the Second World War, Hungary has seen something of resurgence in Yiddish music over the past couple of decades and today the traditional instrument of the Cymbalom has been replaced with the clarinet which provides the melody in harmony with a violin.

Roma music is the Gypsy music of the Roma community not to be confused with the other type of Gypsy music mentioned above. Traditionally, roma music in Hungary was performed without instruments, although in recent years these have been added.