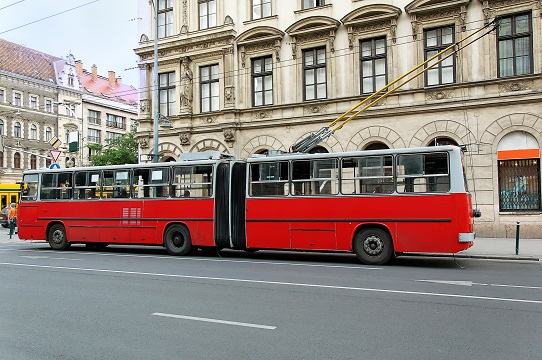 Are you going on holiday to Hungary? Would you like to learn how to use the buses in Hungary? Our bus guide to Hungary gives you the facts & information you’ll want to know.

Hungary has quite an extensive and efficient bus system, which in conjunction with the trains in Hungary form the backbone of the Hungarian public transport system.

The extent of your use of buses in Hungary depends to a large degree on what area of Hungary you are travelling in. While Hungary does have a good train system that connects all the main cities and towns in the country, buses are used to access those more remote areas where trains are not used. This includes the great swathe of central and eastern Hungary known as the Great Plain as well as Southern Transdubia.  In this sense, riding the buses in Hungary can be quite rewarding as you are able to see a side of Hungary that otherwise would not always be readily accessible to the visitor.

Long and short distance buses operate from separate stations, although in reality they are often situated next to each other and one can easily walk from one to another. The bus stations are the pick up and drop off points for most routes and it is from here that you can get information about bus schedules in Hungary.

Travelling by bus is relatively cheap in Hungary, although in comparison to second class train travel it is marginally more expensive.  Tickets for buses in Hungary are bought directly from the driver as you board the bus. The bus driver will give you the ticket which you should keep for the duration of your journey.

Smoking is strictly prohibited on all buses in Hungary.

Hungary
Are you going to Hungary on business? Would you like to know what regular