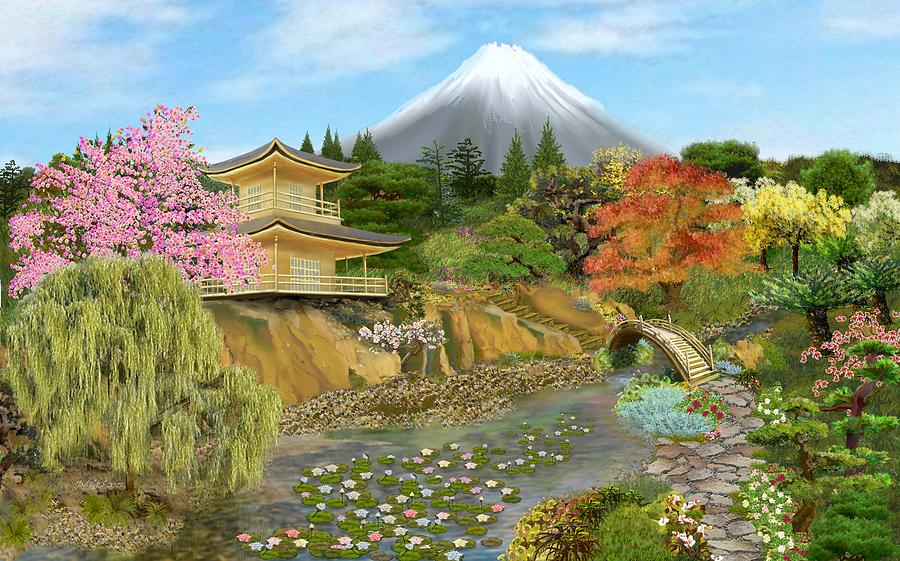 Needless to say Japanese gardens are quite distinct from all the other styles that you will be able to find out there. Japanese gardening aesthetics have evolved over a matter of hundreds of years with each changing century having its influence on the art form.

In Japan designing your garden is taken as an art form. This particular form of art takes on a highly individualistic approach as the outcome depends totally on the choices and aesthetic sense of the designer. The garden in itself is meant to be a reflection of part of the personality of the designer.

Looking back in to the history of Japanese gardens we find that many fine artists used them as themes for their paintings. These paintings stand witness to the trends of the time and it is through them and other archaeological findings that we can actually get an idea of when the different styles of gardening evolved.

With time however this concept changed. The most drastic of changes have come in the last hundred years as the concept of Japanese gardening has been exposed to the world at large. More and more people are now aware, intrigued and allowed to enjoy the experience of a Japanese garden.

Over the course of history Japanese gardens were actually used as a place of meditation and attaining peace by the religious and the elite classes. This is one of the reasons why access to these gardens was restricted. Unlike today when people take to Japanese style gardens for their aesthetic value only in the past the locals sought refuge in their gardens.

It was perhaps this innate symbolism and meditative use of the Japanese garden that inspired the many artists who sought to depict such gardens as places of serenity. The collection of Japanese garden paintings varies deeply with regards to the idea that is being put forward.

In today’s times when the concept of Japanese gardens is gaining world wide popularity Japanese garden paintings serve a multitude of purposes. They can be used as decorative elements within an actual Japanese garden especially if it is a stroll garden.

On the other hand for those not having the time, place or money to build a Japanese garden these paintings can serve as a showpiece in their homes displaying their fondness for the style.