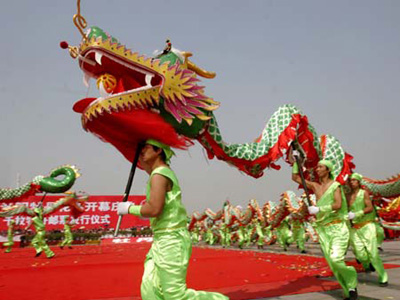 Find out about the different activities that take place during the Chinese dragon festivals and its historical origins.

The dragon festival is one of the most unique events that you will ever get to witness. The event revolves around the sport of dragon boat racing. It is known as the Duanwu (Duānwǔ Jié, Double Fifth, Tuen Ng Jit) Festival in China. This is a special day in China as it is even a declared public holiday.

The festival takes place during the fifth month of the Chinese lunar calendar and starts on the fifth day. Because of this unique date the festival has also become popular by the name of Double Fifth. Boat racing is a main event of the festival although there a number of other aspects to it as well.

The eating of zongzi has always been part of this ancient festival. This a traditional Chinese dish that consists of large rice wraps. The festival is full of color and a joyous spirit prevails all across the country during the time of the festival.

The event got the name of Dragon boat festival in English because of the main even of the racing. This name however is not the correct translation of the term the Chinese use to describe this festival. The Chinese word that is used for the festival translates as the Solar Maximus Festival.

The Historical Origins of the Dragon Festival

The name has its own science behind it which is rather complicated yet interesting to delve into. More interesting however are the various stories that seek to describe the origins of the dragon festival. There is no doubt about the fact that the festival originated from ancient China but there are quite a few stories regarding the precise evolution of the nature of the festival.

The most popular of these stories is associated with patriot poet Qu Yuan who committed suicide. He was a Confucian scholar as well as a minister to the king during the Chu dynasty’s rule in 278 BC. It is documented that certain political conflicts led to the exile of the poet who later on drowned himself in the Miluo River. The date on which he did this was the Double Fifth.

The zongzi tradition was developed when the admirers of the poet began to throw food in the river so that the fish would not feed on Qu Yuan’s corpse. Similarly the people had made use of paddle boats in order to look for his body and scare off the fish. Over the years this practice developed the face of a festival that is still practiced amongst the Chinese.

There are a number of other stories that claim to be stating the origins of the Chinese dragon festival but the above mentioned tale is by far the most widely accepted folklore of the unique event.