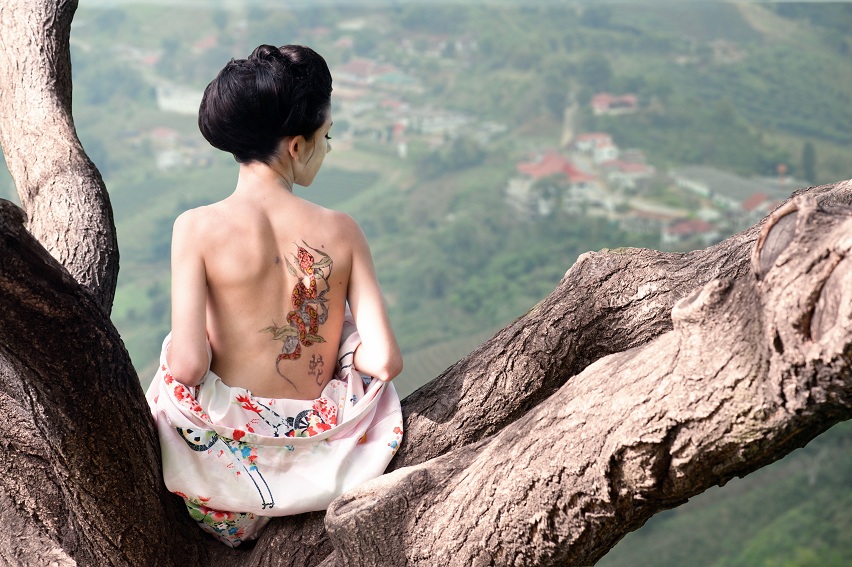 Interested in a snake tattoo from Japan? Indulge in the interesting history associated with Japanese snake tattoos.

Generally, the image of the snake is considered to represent a negative character. The prevailing opinion in Japan is however void of any influence of the biblical association of the snake with sin. The snake is an image that is very commonly found in the art of tattooing in Japan.

Snakes are most commonly featured in the Japanese tradition of full body suits. You would find snake tattoos to be used in combination with blossoms. The particular symbolism and meaning associated with Japanese snake tattoos varies intensely. Unlike the Christian community, where having a snake tattoo on your body would be looked down upon due to the biblical representation of the animal, in the Japanese culture the snake is something that is revered.

The snake is a rather respected reptile in Japanese tradition. For them the snake symbolizes the regenerative nature that life possesses. History reveals that snakes were commonly used in religious rites in Japan. Wisdom and healing were some of the most common attributes that the snake was considered to symbolize.

Japanese snake tattoo designs have a lot more meaning than an average observer may be able to decipher. The modern rendition of the caduceus to serve as a sign of the medical profession is a classic example of how meanings and symbolism associated with snake tattoos has changed over time.

The winged staff that is intertwined with two snakes is a popular variation in the library of snake tattoos. This particular design symbolizes harmony and balance. Many people can be seen wearing this design but most of them remain largely unaware of the meaning behind the symbol. Spiritual awakening is another meaning generated by Japanese snake tattoos.

Snake tattoos have been taken as a symbol representing the divine feminine in Japanese tradition. There are records of temples dedicated to snake goddesses. The ancient people found the regenerative skin properties of the snake to be quite mystical which led them to consider the reptile as a revered being.

Tattoos were taken as totem markings by the ancient tribes of Japan. The people would get themselves tattooed with the belief that it would lead to the development of certain virtues in the man. A snake tattoo done as a totem marking showed that the individual was looking for wisdom and stealth. The snakes were also considered to be embedded with a particular form of energy which the wearer of the tattoo sought to develop within himself.

Japan 0 16
Thinking about a cherry blossom tattoo from Japan? Learn about the origins and meanings

Japan 0 19
Interested in a tattoo depicting koi fish from Japan? Find out the reasons that