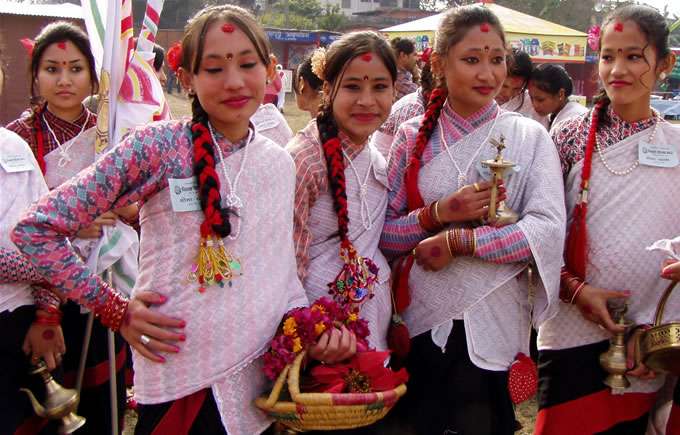 Religion is an important aspect of life in Nepal. The following article will help to familarise you with broad religious practice prior to you travelling to Nepal.

Want to know more about religion in Nepal?

Religion is an important aspect of life in Nepal and most individuals identify with a particular religion and strive to live their lives accordingly.

Nepal is formally a Hindu country.  However, the religion has become strongly intermingled with Buddhism and as such it is difficult in reality to define Nepal as one or the other.

There is great tolerance across religions in Nepal which is in many ways unique to Nepal. Part of the reason stems from the fact that adherents of the Hindu religion often worship at Buddhist temples and vice versa.

The Hindu religion is the oldest known religion and dates back at least 1,000 years BC.  It is based around a trinity of three Gods.  Brahma (the Creator), Vishnu (the Preserver) and Shiva (the Destoryer).  Although Hindus in Nepal may pay equal deference to all three gods as part of their religion, some may profess to follow either Vishnu or Shiva.

The Hindu religion in Nepal teaches that individuals will go through a number of reincarnations before reaching spiritual salvation (moksha) and being liberated from the cycle. The Hindu religion teaches that the process of karma (cause and effect of one’s actions) is the key to reaching a better station upon each rebirth.  ‘What goes around comes around’ is a good way of explaining this concept.

The Hindu religion also teaches the concept of ‘Dharma’ in Nepal. Dharma is the divine law which stipulates a spiritual station for everybody. In Nepal this element of the religion is manifest in the form of ‘castes’.  To act in accordance with one’s caste in Nepal brings spiritual wellbeing. There are four main castes in Nepal which are practiced as part of the Hindu religion.  The Brahmans (priest caste), the Kshatriya (warriors), the Vaisyas (merchants) and finally the Sudras (menial workers).  A further manifestation of the caste system in Nepal is the principle of the Harijans (untouchables). The Hindu religion holds cows as sacred and meat eating tribes near to the Indian border in Nepal may also be termed Harijans due to their eating of beef.  It is not unknown for Harijans in Nepal to convert to Islam or Christianity to escape their classification in the Hindu religion.

Nepal 0 18
Nepalese food is very healthy. For people travelling to Nepal on vacation, back-packing or

India 0 16
Are you interested in learning about the carvings featured on temples in India? Do

Chinese Calligraphy Symbols
China
Discover the brilliance of Chinese calligraphy symbols, their history and their usage in today’s
0 13038

Chinese Family Symbols
China
The Chinese symbols for family occupy a special place in their culture. Find out
0 4993

Rare Argentina Stamps
Argentina
Interested in rare Argentinian stamps? Want to know which stamps from Argentina are most
0 4732

Ancient China Social Classes
China
Interested in the social structure of ancient Chinese? Want to know more about the
0 2817