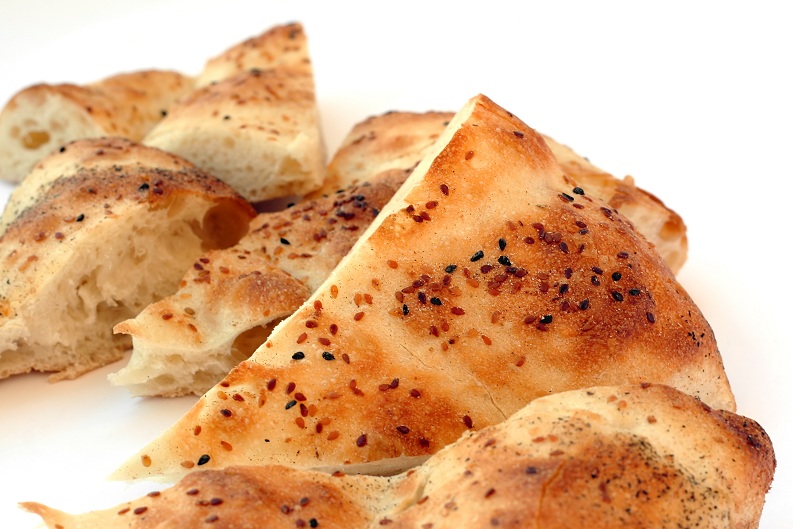 Looking for a Turkish bread recipe? Want to know the history behind Turkish bread? Our guide gives you facts & information on al the most famous types of Turkish bread.

The Turkish cuisine is full of some amazing things with which to spoil your taste buds. But no matter where you go in Turkey and whatever it is that you eat you will find one thing to be a constant part of the meals and that is bread. Turkish bread is not restricted to breakfast, rather it is consumed with all meals at all times of the day. This is why you will find that almost every house hold either bakes their own bread or sends their dough to a communal bakery. The baking of bread is such an integral part of the Turkish lifestyle that every household must have its own bake man expert at making these breads.

The foundation of Turkish food is, if anything, dough made of wheat flour. The original white bread that is used in Turkey is called ‘Ekmek” and flat bread is known as “pide”. There are other types of breads such as simit which is the one with sesame seeds and manti that has very much in common with ravioli. In fact there is a whole family of food stuff that is made out of these breads and is categorized under the name ‘Borek’. You will see that these breads are eaten for breakfast as well as snacks and they accompany most of the daily meals as well. You can use it in different ways as it is a very versatile piece of bread which can be sliced, filled, fried, baked, toasted, grilled and God knows what else!

The Muslims of the Ottoman period believed bread to be one of the earliest forms of cuisine dating back to the time of Prophet Adam. They still hold it as one of the simplest and honorable things to eat. Taking their inspiration from this very basic food they made bread a big part of their daily lives. It would do justice to say that there is no bread on Earth that tastes like Turkish bread and you have to eat it to realize how good it actually is. The Turkish bread transcends all social classes and is enjoyed by the rich and the poor alike. You will find that bakeries are quite busy through out the day trying to produce enough bread for the whole community. As a result you have the aroma of the sweet bread filling the streets and almost hypnotizing you until you eventually find yourself inside a bakery. You will often notice how people bring home the bread with the crisp ends missing because they just couldn’t resist nibbling on the bread on their way home.

Some bread is of the nature that they will have to be consumed the same day that they are backed. Such breads include emek, simit and pide. The Sunday treat is usually the Manti dumplings of dough with a special meat filling. Then there are those breads that are reserved for special occasions like the Borek. This is also relatively difficult to make and is not a job for the amateur baker.

Turkey 0 17
Need some Wild Turkey facts? Read on to find out the facts on how

Turkey 0 17
Are you visiting Turkey ? Want to know about shopping and things to buy?

Turkey 0 7
Going on holiday to Turkey? Your trip may coincide with one of Turkey’s religious

Turkey 0 4
Wondering about different things to do in KaramÃƒÆ’Ã‚Â¼rsel Turkey? Read ahead and discover different