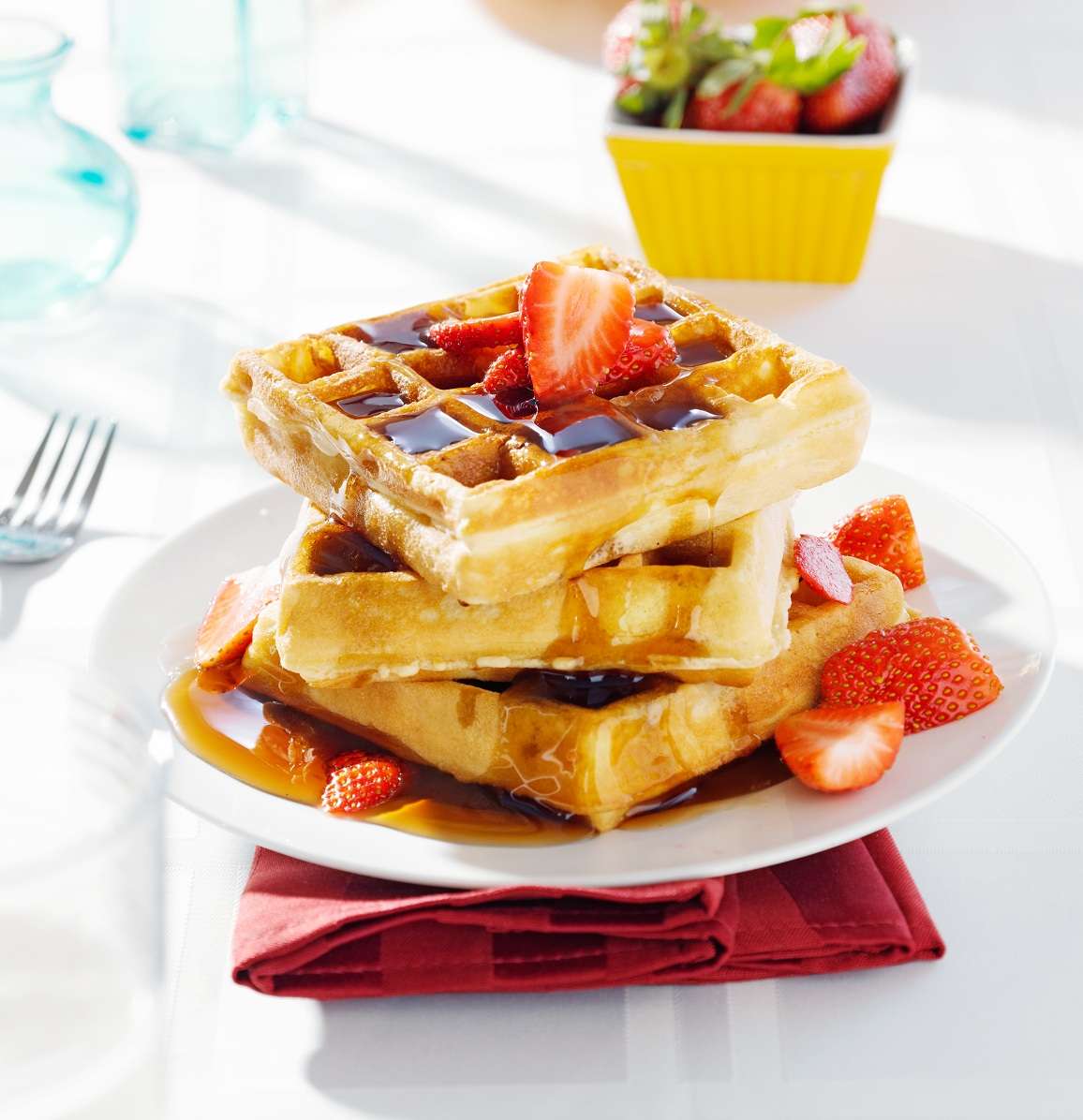 Interested in Belgian waffles? Discover this delightful treat native to the country of Belgium in our information guide.

The country of Belgium is renowned for its amazing bakery items. The Belgian waffle is one amongst the many tantalizing treats native to the country known for producing the world’s best chocolate.

In its essence a waffle is a bread cake. It is made to stand out from anything other of the like due to the use of a patterned iron waffle maker. Waffles have grown in popularity over the years and many European nations have their own variations of this delicious treat. The thing that sets Belgian waffles apart from other European waffles is the fact that they are made using backing powder instead of yeast.

Waffles are eaten on a regular basis in Belgium. This is why you will find almost every home in Belgium to have its very own waffle iron. Belgian waffle irons are not exceptionally large as compared to what you may find in some other nations. Generally they are composed of four to six squares.

Today you will find snack bars around the world to be offering you Belgian waffles. These waffles have a rather light structure and come in many different varieties. Sugared waffles tend to be the most popular of all the varieties out there.

Although the baking powder based waffles are popular in Belgium the world at large is more fond of yeast based waffles. The problem with yeast based waffles is the fact that they cannot be stored for a long period of time. The max you can go for is two to three days whereas on the other hand authentic Belgian waffles can last a lot longer.

One of the things that adds flavor to Belgian waffles is the use of melted butter. Making use of butter in preparing Belgian waffles is a tricky job. The heating needs to be extremely precise and care should be taken not to let the butter boil as that would ruin the taste of traditional Belgian waffles.

In order to make Belgian waffles you need to grease the waffle iron with melted butter. The two main ingredients used to add flavor to the waffle are butter and sugar. You can add any additional toppings as per your liking such as fresh cream, chocolate sauce or fresh strawberries.

In order to get baking you need water, baking powder, flour, butter, oil, eggs, sugar and a pinch of salt. You start off by making a mixture of the baking powder and melted butter to which you will be adding the egg yolks sugar and the liquid. You will then make the dough and leave it to rise. Then you will pour the dough into a pre heated waffle iron and heat it until it turns golden brown. Then you can enjoy your very own Belgian waffles with the topping of your choice.